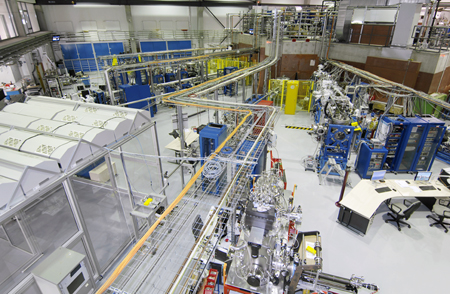 The new EUV beamline at the Metrology Light Source.

European companies lead the world in the development of Extreme UV (EUV) lithography for the manufacture of semiconductor chips using ever shorter wavelengths.

This is the claim of Braunschweig, Germany-based Physikalisch Technische Bundesanstalt (Physical Technical Federal Agency), which is working with companies such as Carl Zeiss SMT and ASML, Veldhoven, Netherlands, with design and manufacturing technologies based round 13.5nm to develop next-generation micro-circuits.

PTB says that volume production of lens systems and wafer scanners based on EU lithography (EUVL) is planned for 2014. A new EUV beamline at PTB's own electron storage ring – the Metrology Light Source in Berlin-Adlershof – will be used to characterize EUVL lens systems for these purposes.

Cooperation with Carl Zeiss SMT, which has been running since 1998, has recently been extended until 2016. PTB measurements will help to qualify the Zeiss lens systems in the so-called "steppers" (lithography machines) from Dutch company ASML, a leading player in this field. 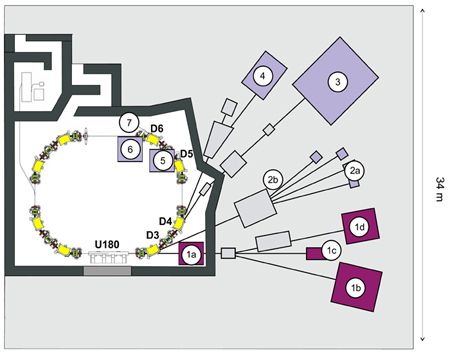 Frank Scholze, head of the PTB working group, commenetd, “Although there are a number of electron storage rings, and national metrology institutes exists in almost every country as the highest authority in the field of measurements, only the PTB has its own modern electron storage ring and associated systems needed for high-precision characterization of EUVL lens systems.”

The new EUV beamline is suited to the investigation of photodetectors and structured optical elements and has been increasingly used since the beginning of 2012 for measurements within the scope of EUVL research, particularly in so-called "at-wavelength measurements".

Scholze added, “We characterize the lens systems at the EUVL working wavelength – and not only with visible light. Our measurements therefore directly describe the behaviour of lens systems in the production machines", explains.

Significant demand from industry convinced PTB to develop its measurement capabilities at the two storage rings even further. In mid-2013, the large EUV reflectometer of BESSY II is scheduled to move to the MLS. In its place, a new EUV scatterometer/ellipsometer will be installed which is ideal for scatter experiments. Scholze’s team expects to have approximately 6000 hours of synchrotron radiation measuring time per year specifically for EUV metrology.

Also in other areas, PTB says it has extended the field of metrology using synchrotron radiation by the commissioning of new beamlines at the MLS. 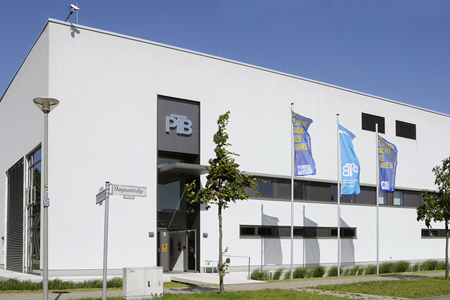 Calibrated radiation sources in the vacuum-UV (VUV) and the EUV are, for example, important in the characterization of astronomical telescopes for solar and atmospheric research.

Recently, the first quantitative investigations of surfaces are being carried out by means of UV/VUV ellipsometry and electron spectroscopy in combination with partners from the research site Adlershof near Berlin. Furthermore, a new near-field microscope has been put into operation at the infrared beamline of the MLS.