SPIE and dozens of other member societies and universities call for a bipartisan political solution to protect US research. 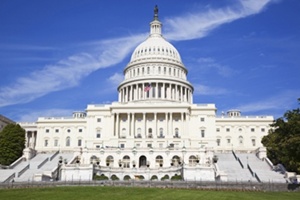 SPIE, the international society for optics and photonics - and publisher of optics.org - is among dozens of science and engineering institutions to sign a letter calling for US politicians to protect investment in research amid the looming “fiscal cliff”.

The institutions, which include the American Association for the Advancement of Science (AAAS), the Massachusetts Institute of Technology (MIT), IBM Research and Stanford University among many others, want President Obama and Congress to find a bipartisan solution – and warn of the threat to hundreds of thousands of researchers in the country if no deal is done.

While much of the focus has been on the impact that “sequestration” (the official term describing the automatic cuts that will kick in if no agreement is made) would have on the US defense budget, the letter signed by SPIE and others highlights the impact that it would have on technology development in general, because so much research funding comes under the discretionary part of the budget.

“It is important to recognize that federal R&D investments are not driving our national deficits,” they write. “These investments account for less than one-fifth of the current discretionary budget, but discretionary spending is the only place where deep cuts will be made.”

Tough choices
Acknowledging the tough choices facing politicians grappling with a trillion-dollar deficit, the signatories have highlighted how much impact sequestration would have on key funding agencies, with up to $12 billion in total earmarked to be cut annually across all defense and non-defense programs.

“The need for a technologically superior military remains clear in a dangerous world,” they write. “But DARPA would lose over $1 billion for cutting-edge innovation in the next five years alone.”

That compares with potential cuts of $11.3 billion to National Institute of Health (NIH) research funding over the same time period, along with $4.6 billion from the Department of Energy budget and $2.1 billion from the National Science Foundation.

“What is needed is a balanced approach to deficit reduction that does not simply take an axe to discretionary funding programs without also considering the contributions of tax revenue solutions and entitlement reform in addressing the fiscal deficit,” states the letter, also pointing out that non-defense federal research spending has already declined by 5% in the past two years.

As a cross-cutting field, funding of optics and photonics technologies would inevitably be hit if sequestration does come into effect, with SPIE’s CEO Eugene Arthurs saying:

“Our nation’s leaders are wrestling with our dire financial problems and we applaud their efforts. While we recognize the constraints, it would be utterly foolish to damage the best hope for economic health: our science and technology capability.”

Leadership position “threatened”
The letter also identifies the invention of the laser and the emergence of Google as two examples of technologies that public funding of research helped to create.

Google and Apple – two companies that are utterly reliant on the role that lasers and other optical technologies play in displays and the high-speed networks that power the internet – reported an aggregate of nearly $74 billion in cash and marketable securities on their balance sheets in their latest financial reports, indicating the degree to which the two companies alone would have the means to plug a gap in research funding.

The US remains a technological powerhouse, as corporations such as Google and Apple ably demonstrate. But, stressing how the fast-growing Asian economies of China, Korea and Taiwan have increased their research funding at a much faster pace than the US in recent years, the letter signatories conclude:

“The nation’s long-term leadership position in science, technology and innovation is now threatened, and allowing blunt cuts to research and development to go forward will only accelerate these trends.”