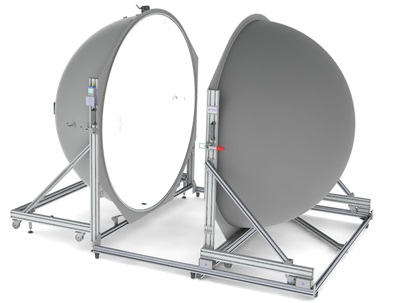 The optics business unit of Konica Minolta has bought Instrument Systems, the lighting, LED and displays metrology company, for an undisclosed sum.

Germany-based Instrument Systems, which employs 99 people and has R&D, production and sales facilities in Munich and Berlin, will become part of the Konica Minolta Optics operation – though it is set to retain its own brand following the merger.

The move follows a reorganization of the Konica Minolta optics business earlier this year, with Toshihiko Karasaki installed as its new president. The unit is now aiming to move away from its traditional focus as a component supplier for consumer electronics products, and towards markets offering greater growth potential.

One example is solid-state lighting, and Instrument Systems is regarded as a high-end provider of metrology tools such as imaging photometers, colorimeters and spectrometers, which are used test to LED products.

Konica Minolta already has a very strong global presence as a leader in optical metrology, and Instrument Systems will add to the breadth of that expertise. The Japanese company says that the acquisition will provide it with a broader product line in displays, with the potential for rapid growth in the LED and emerging organic LED lighting sectors.

“The Konica Minolta Group expects to create greater synergies between the light source measurement business and the equipment and component business for the next-generation lighting, including OLED,” said the Japanese firm in a statement announcing the deal.

Strategic roadmap
Included in the sale is Instrument Systems’ own subsidiary, Optronik Berlin, and existing president and CEO Richard Distl will remain with the company. Distl, who started up the German firm and still owned it prior to the deal, said:

“[Instrument Systems] was established 26 years ago and it has undergone enormous growth since then. The time had come to chart a strategic roadmap for the sustainable further development of the company. Konica Minolta is the right partner and offers outstanding framework conditions for development.”

According to its most recent set of accounts, Instrument Systems registered sales of €30.3 million in the year ended June 2012 – the best result in its history and an impressive increase of 27% on the prior year, as the company received some major orders from leading displays companies.

Toshihiko Karasaki, the president of Konica Minolta Optics, added: “Our goal is to have a leading global position in all our corporate divisions and to integrate international talent within our group. Instrument Systems is the best company in LED lighting measurement to consistently implement this strategy. Together, we now cover all segments of display and light-source measurement and we are positioned as number one in this area.”