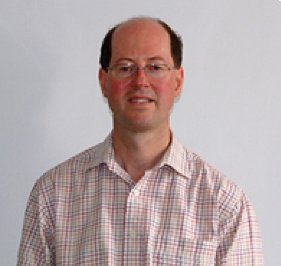 The new UK headquarters for Europe’s largest contract research organisation has appointed its first Head of Centre. Professor Martin Dawson, of the University of Strathclyde, will this month take up the role at the new Fraunhofer Centre for Applied Photonics.

The Centre – the first of its kind in the UK – is a strategic collaboration between the University and Fraunhofer, Europe's largest contract research organization. It will provide laser research and associated technologies for a variety of sectors, including security, healthcare, energy and transport.

In due course Fraunhofer will be a key tenant in the University’s Technology and Innovation Centre, due to open in 2014, which aims to transform the way universities, business and industry collaborate to find solutions to global challenges, create jobs and support the economy.

Professor Dawson said: “The new Fraunhofer Centre provides a great opportunity for the industrial photonics community in Scotland and the UK, whilst also providing a new and effective path for university research to progress towards full economic impact.

“We have received a very warm reception from industrial partners and government and we look forward to working closely with businesses across the UK and with Strathclyde and other university partners.’’

Professor Dawson, who has more than 30 years’ experience of applied research in photonics, will continue to be the Director of Research for the University’s Institute of Photonics. Tim Holt, Executive Director of Fraunhofer UK Research Limited, added: “Martin’s longstanding contributions to the Institute of Photonics show a great track record in building the photonics infrastructure that our economy needs.

"Respected by industry and academia alike, and with a strong international reputation, he is ideally placed to ensure a balanced portfolio for the Fraunhofer Centre for Applied Photonics and the Institute of Photonics alike.’’

Professor Sir Jim McDonald, Principal of the University of Strathclyde, said: “Martin has a proven track record of leading top-quality research geared to the needs of industry and society, making him the ideal first Head of Centre for Fraunhofer’s new UK headquarters at Strathclyde.

“Under Martin’s leadership, the Centre will work closely with partners in business, industry and government to solve global challenges, design and develop the products and services of tomorrow and support the economy.” 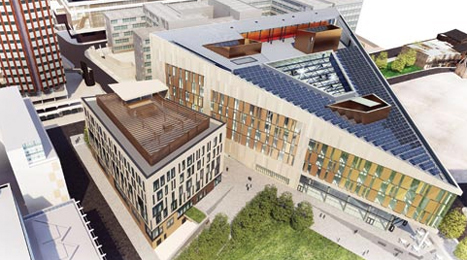 The Fraunhofer Centre for Applied Photonics at Strathclyde joins a growing global community of Fraunhofer facilities.

It is expected to enhance Strathclyde’s international reputation as a centre of excellence for industrial engagement, specifically in the field of photonics research and commercialisation via its Institute of Photonics and other research groups.

Professor Dawson is a graduate in physics from Imperial College London. He spent five years in academia in the United States and five years at Sharp Laboratories of Europe Limited, in Oxford, UK, before in 1996 becoming a founder member of the Institute of Photonics at the University of Strathclyde.

He was promoted to professor in the Institute of Photonics in 2001 and was made its Director of Research in 2008. A recognised leader in multi-disciplinary science and engineering programmes, he has made notable contributions to areas including ultrafast lasers, semiconductor lasers, nitride materials and diamond photonics.

Fraunhofer has more than 20,000 employees in 60 Fraunhofer Institutes in Germany alone and is establishing centres throughout Europe and America. Fraunhofer research has formed the basis of a wide range of technologies for industry and products in everyday use, such as the MP3 player and apps for mobile phones, including customised weather reports and music identification systems like the iPhone app, Shazam.