Luxembourg researchers say findings will have an impact on solar panel industry. 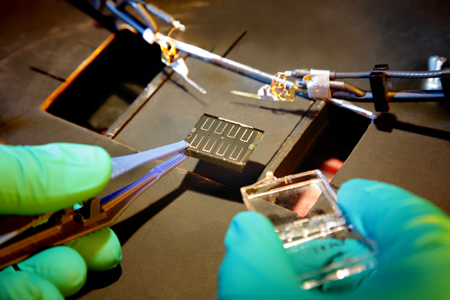 In the photovoltaics industry, solar cells are processed as fast as possible.

Researchers at the University of Luxembourg’s Laboratory for Photovoltaics have established a method to observe and prevent solar cell degradation before solar cell production is finished.

The result has implications for the thin-film CIS solar cell manufacturing industry, since chemical damage to solar cells can occur quickly.

Solar panels are capable of converting light energy from the sun into electrical energy because they contain solar cells – the “power generators” responsible for the energy in solar panels.

Thin-film solar cells have a coating that is responsible for absorbing the sun’s energy, but this film can be degraded during the production process.

“A thin film solar cell is a stack of several layers. The main one is the layer that absorbs the light and transforms it into electricity. If these absorbers are not processed immediately they lose part of their ability to convert light energy,” says researcher David Regesch of the Laboratory for Photovoltaics, Physics Research Unit at the University of Luxembourg.

In the photovoltaics industry, solar cells are processed as fast as possible for economic reasons, and now scientists have shown a physical reason why this process should be completed quickly. This study was recently published in Applied Physics Letters article (American Institute of Physics, 2012) and chosen as a “research highlight”.

The associated Applied Physics Letters paper reports that “degradation of CuInSe2 absorbers in ambient air is observed by the decay of the quasi-Fermi level splitting under well defined illumination with time. The decay is faster and stronger in absorbers with a ratio of [Cu]/[In] < 1 than in those with a higher ratio.

”The behavior can be attributed to the oxidation of the sample. Furthermore, epitaxial films containing no sodium show very similar trends, indicating that decay and oxidation are independent of the sodium content. A standard CdS layer commonly used as buffer in solar cells, terminates the decay even over many months. Aged absorbers can be completely restored by a KCN etch.” 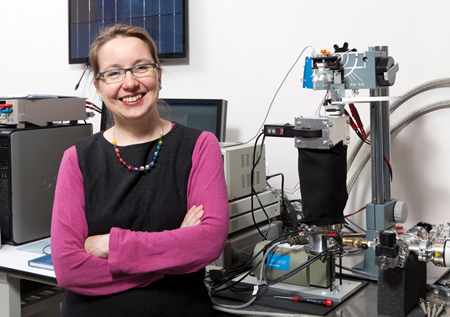 Prof. Susanne Siebentritt: "The behavior can be attributed to the oxidation of the sample".

Team researcher Prof. Susanne Siebentritt told optics.org, “The method itself is not new but what is new is our application of it; our observation of the ageing of the solar cell by studying how many electron holes survive in the solar cell material following excitation [solar interaction]. What is critical in our experiment is a well-calibrated excitation source.”

“Damage to solar cell composites occurs due to an oxidation process. We cannot say exactly what happens to a solar cell after excitation, but we have found that it is possible to correct a corrupted cell by etching it in a potassium cyanide solution to recover the original state.”

Siebentritt adds that the Luxembourg work is concerned with CuInSe-based solar cells, which account for approximately 10 per cent of the commercial market place. The other main types are CdTe, which she believes can experience a similar degradation process, and amorphous silicon, the solar cells of which are usually protected by having a passivated [oxidized] surface.

She concluded that although the Luxembourg work would probably not justify a patent of its own, as it was an adaptation of some established processes, the team would be interested in advising manufacturers who were interested in the issues.