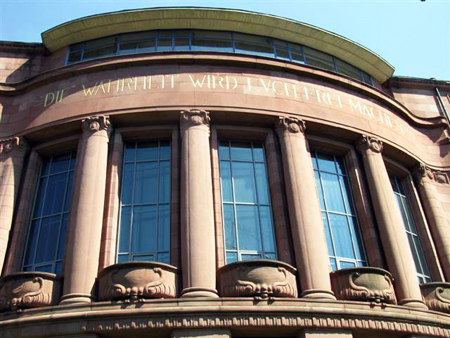 Researchers at the Department of Microsystems Engineering (IMTEK) of the University of Freiburg, Germany, have developed an innovative new optical trap that can grab and scan tiny elongated bacteria with a laser.

The Freiburg researchers have now succeeded in employing a rapidly moving, focused laser beam to exert an equally distributed force over the entire bacterium, which constantly changes its complex form. At the same time, they were able to record the movements of the trapped bacterium in high-speed three-dimensional images by measuring minuscule deflections of light particles.

The team reports their findings in the current online edition of Nature Photonics. The scientists investigated so-called spiroplasmas in their study. These spiral-shaped bacteria have a diameter of only 200 nm, and since they do not have a cell wall, they can rapidly change their shape and move.

It is impossible to observe these bacteria sufficiently through a conventional optical microscope due to their small size and their rapid movements. But by using the newly developed light-scanning optical trap, however, the biophysicists can hold and orient the bacteria over their entire length.

An important attribute of laser light is that overlapping light particles can increase or decrease the brightness of the beam. When light hits and is deflected from the bacterium it overlaps with the non-deflected light and thus becomes stronger, enabling the creation of three-dimensional images that are not only high in contrast but also in resolution. In this way, the researchers were able to take up to 1,000 three-dimensional images per second and record the rapid movements of the bacterium in detail on video. 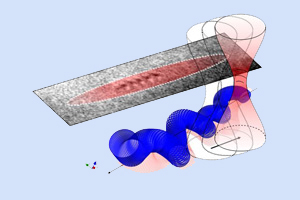 The new optical tweezers developed by the Freiburg researchers.

Previously impossible
“This is fascinating in a physical sense, because the movements of the bacteria are connected with extremely small changes in energy that are usually almost impossible to measure,” says Rohrbach, a member of the Cluster of Excellence BIOSS, the Centre for Biological Signalling Studies of the University of Freiburg. This makes the discovery into a practical tool for fundamental research.

“What is interesting from a biological point of view are the signals that the bacterium sends out when it changes shape, because they provide clues about the molecular processes going on inside of it – for instance as a reaction to stress states to which the bacterium has been subjected.”

The Freiburg scientists are planning to adapt this method to study the behavior and cellular mechanics of other bacteria that do not have a cell wall and that are therefore difficult to treat with antibiotics. These studies could thus help scientists to reach a better understanding of mechanisms of bacterial infectious diseases.