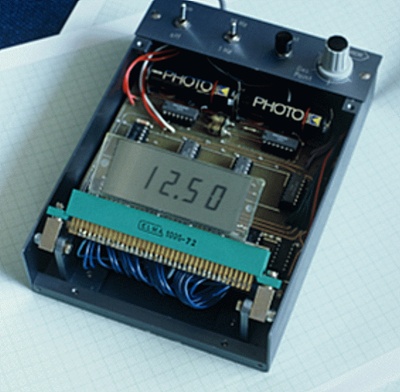 Four of the most influential pioneers in the displays industry have been awarded the 2012 Charles Stark Draper Prize by the US National Academy of Engineering (NAE), in recognition of their early work that ultimately led to the widespread impact of the liquid crystal display (LCD).

At its awards ceremony in February, the Washington, DC, organization will honor George H. Heilmeier, Wolfgang Helfrich and Martin Schadt, as well as the late T. Peter Brody, with its $500,000 annual prize for engineering leadership.

The now-ubiquitous LCD technology can today be found in virtually every home and office throughout the developed world, thanks to the rapid market penetration of mobile handsets and flat-screen LCD monitors and televisions over the past few years.

Although the technology is now largely produced in Asia, it has its roots in western laboratories. While at RCA, Heilmeier is credited with discovering the dynamic scattering mode (DSM) and guest-host electro-optic effect in liquid crystals, breakthroughs that allowed light to be scattered by the materials when placed under a voltage. That led to the first operational LCDs in early applications such as digital watches.

After that, Heilmeier went on to become the director of DARPA, CTO at Texas Instruments and CEO at Bellcore, while Helfrich and Schadt came up with the twisted nematic field effect in LCDs. This allowed the passage of light through the materials to be controlled with only a small electric field and with a high degree of contrast – discoveries that have culminated in the now-familiar flat-screen TVs and monitors.

Brody, who died in September 2011, discovered the first active-matrix displays while at Westinghouse, says the NAE. He is also credited with inventing the Advantech in-line fabrication process that is now used to create the backplanes for organic LED displays – a technology that has begun to encroach on the all-conquering LCD in small- and medium-sized formats.

Schadt is also considered an OLED pioneer, having patented the idea of a display based on the technology as far back as 1969, when he was a post-doc researcher at the National Research Council in Canada.

While LCDs are now almost exclusively manufactured in the industrial centers of Taiwan, China and Korea, Schadt went on to found the LCD development company Rolic in Switzerland – a 1994 spin-off from the Central Research Center of Hoffmann-La Roche.

Rolic is still active in the LCD market with its liquid crystal molecular orientation (LCMO) technology. Having launched its first passive 3D displays as long ago as 2003, the technology subsequently appeared in 3D TVs last year.

• The Draper Prize was established in 1988 at the request of the Charles Stark Draper Laboratory Inc., based in Cambridge, Massachusetts, to honor the memory of ‘Doc’ Draper, the ‘father of inertial navigation,’ and to increase public understanding of the contributions of engineering and technology. The prize is awarded annually.

Past winners from the world of photonics include CCD inventors Willard Boyle and George E. Smith in 2007, and, in 1999 Charles K. Kao, Robert D. Maurer, and John B. MacChesney for the development of fiber optics. Other high-profile recipients include the World Wide Web pioneer Tim Berners-Lee, integrated circuit inventor Jack Kilby and the team that came up with the Global Positioning System (GPS).