The Germany-headquartered firm reports a 14% increase in sales from its lasers and optical systems segment in 2011. 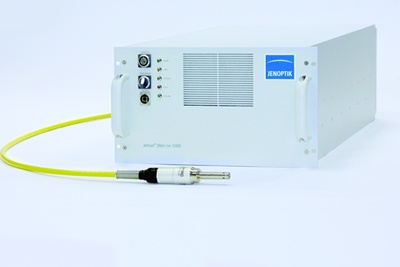 Strong demand from the semiconductor and automotive industries has propelled Jenoptik to its best financial year in recent history, with the company reporting preliminary sales of €540 million for 2011 – up 13% on 2010 and significantly higher than its most recent guidance of €525 million.

Operating profit will also beat earlier predictions, with Jenoptik now expecting group earnings before interest and tax (EBIT) of close to €48 million – up from €29 million for 2010.

For the second year running, the Jena company’s lasers and optical systems segment represented the largest single source of those sales, with revenues rising slightly faster than the group average to reach €215 million, according to figures released on February 1.

The strength of this part of the business is attributed in particular to robust demand in semiconductor applications, a market whose strength was especially apparent in the first half of 2011 but has slackened since.

Jenoptik says that it has been able to offset its exposure to the semiconductor equipment demand cycle with greater success in non-semiconductor applications, notably defense and medical. There has also been a greater emphasis on adding value through systems integration, and last month the company said that it had received a multi-million euro order for “complex” optical systems, from an Asian manufacturer of flat-panel displays. Jenoptik is revealing few details about this order, except that deliveries will commence later this year.

Kilowatt fiber laser unveiled
On the laser front, the company confirmed its entry into the high-power fiber laser market with the unveiling of its 1 kW “JenLas” continuous-wave laser at last week’s Photonics West trade show in San Francisco. Although not yet fully released to production, the compact source is said to have received substantial attention, with initial customers set to use the tool in welding applications and also cutting of thin (<4 mm) metal parts.

Fiber lasers represent the fastest-growing segment within the laser market right now, although it is a segment that remains dominated by IPG Photonics. Jenoptik told optics.org that while it would not be able to compete directly on price with IPG, it was confident that the company’s reputation for quality would yield it a healthy new source of sales revenue.

Jenoptik also launched an expanded series of F-Theta lenses for multi-kilowatt lasers, a compact green disk laser and compact imaging modules at the increasingly commercial show, with company chairman Michael Mertin commenting: “The success of the trade fair overall demonstrated that the photonics industry is continuing on a path of growth and is becoming increasingly important as a driving force for innovation in numerous sectors such as electronics, medical technology, the automotive or defense industries.”

Mertin also appears increasingly confident of a strong 2012 for Jenoptik. “The new year has got off to a good start,” he said, adding that in the medium term the company expects that growth will come from the development of foreign markets, mainly North America and Asia. “To this end, over the last two years we have invested in structures and processes which are expected to pay off from 2012.”

Depending on the extent of any recovery in the semiconductor equipment sector this year, Jenoptik is anticipating a group EBIT of between €40 million and €50 million for 2012 – with its overall net profit set to benefit from a financial restructure that will significantly reduce interest payments.