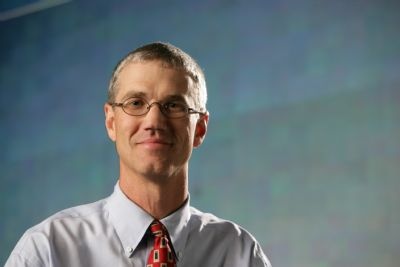 LED maker Cree has slowed the rate of its transition to manufacturing chips on a larger wafer platform, in a bid to maintain higher factory utilization levels and profitability.

While the market for LED lighting continues to grow, it is still at an early stage and the excess level of LED chips in the supply chain is tempering overall demand and pushing down prices.

Cree has begun to transition its production from 100 mm (4-inch) to 150 mm (6-inch) wafers, a move that will ultimately yield a substantial boost to its output and productivity – and make the chips even cheaper. But CEO Chuck Swoboda said that the move would be delayed so that costs can be kept in check. The full transition to the larger size is now expected to take place over the next three to six financial quarters, he said.

For the latest three months, ending Christmas Day 2011, the North Carolina company posted total revenues of $304 million, up 18% year-on-year. That increase is largely a result of Cree’s recent acquisition of Ruud Lighting, however, and masks an 8% fall in sales of LED products over the same period.

The latest quarter represented the first full quarter of Ruud Lighting contributions to Cree’s sales, and sales of lighting products were $95.7 million – comparing with typical quarterly lighting sales of around $20 million prior to the Ruud deal.

“Our second-quarter results demonstrated the strength in our expanded lighting product line with strong growth in sales of both indoor and outdoor products," noted Swoboda. "While the business environment remains challenging, our results demonstrate that our strategy is working.”

Margin impact
One trend that is highly evident in the emerging market for solid-state lighting is the continued sharp decrease in the average selling prices (ASPs) of LED chips, as noted by rival manufacturer SemiLEDs last week. That is good news for potential consumers, and should increase the adoption of LED products for general lighting applications, which remain much more expensive than conventional technologies despite the recent falls. But it makes things tough for chip makers

The impact was evident in Cree’s bottom-line performance, with the company posting a GAAP net income of $12.1 million – way down on the $49.8 million recorded a year ago, despite the higher revenue level. Gross margins have slumped from 47% to below 35% over the same period.

Swoboda acknowledged the tough conditions in an investor call to discuss the latest results, while predicting that the sharp falls in ASPs would cut the number of players in the market: “While LED market dynamics have reduced our operating results over the last year, they have also accelerated the price-per-lumen curve, which should accelerate adoption and will likely pressure the weaker players to consolidate or exit the market,” said the CEO.

“This process is healthy for the market and should provide an improved business environment for market leaders like Cree.” With an extremely large pile of cash on its balance sheet ($687 million as of December 25) the company is in a very strong position to take advantage of that expected consolidation.

Next-gen component for LED lighting
Swoboda was also keen to highlight Cree’s latest product introduction, its lighting-class XLamp XB-D. The name of the game in LEDs now is to deliver more lumens per dollar cost of chips, and the company claims that thanks to improved optical design and conversion efficiency, this latest component is just half the size of its predecessors, while it is said to deliver twice as many lumens for the equivalent price. A reduction in the number of chips used and a consequently simpler optical design will also cut up-front costs of lighting systems incorporating the components.

Based on Cree’s traditional silicon carbide substrates, the LED components deliver cool-white light with an efficacy of up to 139 lumens per watt, and up to 107 lumens per watt for warm-white light, which is more applicable to domestic lighting applications.

Swoboda described the XB-D launch as “the most important LED platform we have released in the last two years”, adding that it would “fundamentally change the cost-per-lumen curve, which helps drive LED lighting adoption”.

The CEO said that Cree was aiming to get the first commercial designs featuring the new component into production by the end of the company’s current fiscal year in June.