Smaller European markets are promising favorable system returns now while Asia is forecast to rise later, according to Lux Research, an independent research and advisory firm that analyses emerging technologies. 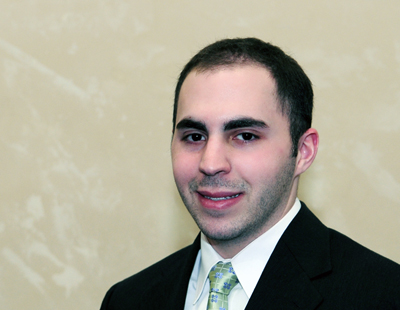 Portugal’s solar energy market remains one of the fastest growing for investors able to build systems under that country’s installations cap, according to Lux Research’s latest Solar Demand Forecaster. The country’s internal rates of returns (IRRs) for the six major solar technologies remained high in 2011; Portugal’s figure was 62%, Cyprus was 42% and Greece 37%, although Lux also warns that the financial crisis in Europe could significantly hinder these markets.

“Uncertainty surrounding Europe’s financial situation and its countries’ ability to pay out incentives will prevent wild growth – keeping the market relatively constant,” said Matt Feinstein, the Lux Research Analyst who led the Demand Forecast. “However, a number of Asian markets have high returns going into 2012 – notably Malaysia at 24%, the Philippines at 23%, and Japan at 21%, while Australia is at 28%. These will push global demand toward that region in 2012 and 2013.”

IRR is the discount rate at which the net present value (NPV) of future cash flows from a capital investment equals zero. Capital expenditure is the primary factor in determining a market’s IRR, along with incentives and operating expenses. This indicator provides an apples-to-apples metric for investors to compare demand and project growth for solar across disparate markets.

Considering Lux’s top five performers, Feinstein adds, “While these numbers are high, one should note that they are valid under installation caps where applicable, such as for Portugal, and outside of those caps, returns plummet. In addition to each being a relatively small energy market, the financial situation in Europe certainly creates skepticism about the growth potential in Portugal, Cyprus, and Greece.

However, whether or not these growing European and Asian markets are showing substantial growth, in an interview with optics.org Feinstein is adamant that generating electricity by PV is not yet a strong enough business model to stand on its own two feet.

“Absolutely not. The levelized cost of energy generated by solar is still too high to compete with conventional sources – so the industry is reliant on tax credits, feed-in tariffs, and rebates. The number and size of regions already at grid parity is quite low, and the industry won’t get to widespread grid parity without continued governmental support worldwide.” 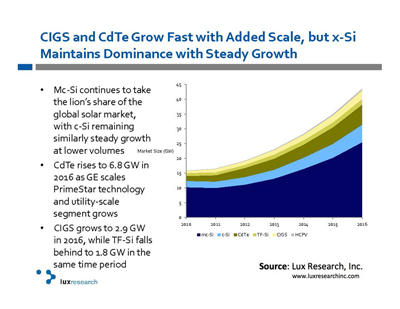 So does he regard PV as an investment area that is interesting primarily because it promises good financial returns - or is it interesting because of Governmental support and standards-led changes to traditional energy generation policies?

“It must be regarded as a moneymaker – the industry can’t be sustained on environmental sensibilities alone. And the subsidies are critical to its viability as an investment opportunity. Even with changes to traditional energy policy, traditional power grids aren’t built to take on intermittent energy sources like solar. We are starting to see the effects of that in Germany and California. No matter how much policy pushes solar, there are other restrictions at hand that will slow its growth.”

Feinstein concluded , “The photovoltaic industry has always been a roller coaster, on both the supply and demand side. Oversupply has squeezed margins and kept industry revenues from growing recently, though 2010 was a boom year by all standards – one that suppliers would like to see replicated in 2012 and 2013. Energy-generating potential is limited by the grid in most cases. And as far as potential employment is concerned, solar is heavily cost-driven; how companies allocate costs varies, but maintaining a leaner company profile is certainly a theme I have observed as companies continue to reel from recent slowing in demand growth.”

The sun will undoubtedly rise tomorrow – but a standalone solar power industry is surely still some way off.