US defense contractor is said by Reuters to be auctioning its optical technologies division. 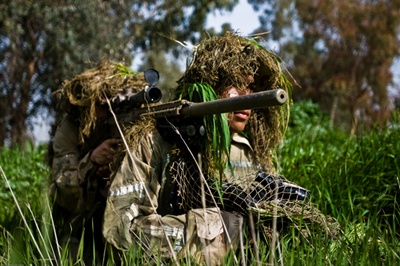 US Army - sniper with optical sight

Raytheon is refusing to comment on speculation that it is planning to sell its Elcan Optical Technologies division, after Reuters reported that the defense contractor had hired bankers to run an auction process.

With expectations of a sharp reduction in military spending in the US, and the impact already being felt as the availability of funding through small business and technology transfer programs is squeezed, defense contractors will be looking to focus on their most profitable business areas.

Raytheon also refused to comment on the potential value and reported profitability of the Elcan division. Reuters reported that Raytheon may try to sell the division for $300 million, based on estimated annual earnings before interest, tax and depreciation and amortization (EBITDA) of $30 million. But when queried by optics.org, Raytheon said that it did not break out the company’s finances at the business unit level.

If true, a sale of the Elcan business could see the technology become more widely used in non-military applications where Raytheon does not operate. Elcan specializes in military products such as rifle sights, but the company also offers wide-ranging precision optical engineering services, for example in the biophotonics field and cinematography.

Elcan has been part of Raytheon since 1997, after the defense contractor acquired the division from the Hughes Aircraft Company. Hughes had bought the original Ernst Leitz (Canada) business in 1990.

But the Raytheon division has a history that goes back much further than that. The name “Elcan” originates from the initials of Ernst Leitz, whose eponymous company manufactured thousands of lenses and microscopes in the nineteenth century, as well as Leica cameras in the early twentieth century when the business transferred to Leitz’s son, also called Ernst.

Shortly after the Second World War, the company moved from Germany to Midland in Ontario, Canada - where its global headquarters remains to this day – and the “Elcan” brand name, short for “Ernst Leitz Canada”, was introduced for optical products aimed at commercial markets.