German LED manufacturer takes on the Korean electronics giants over technology including the phosphor conversion of blue light into white. 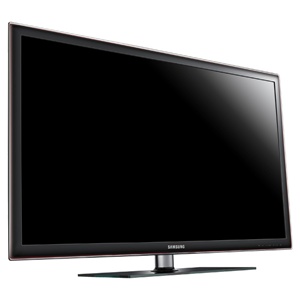 Osram has opened up a new front in the intellectual property battleground surrounding light-emitting diodes, by filing legal actions against both Samsung and LG.

The Germany-based lighting company, whose Opto Semiconductors (OS) subsidiary manufactures LED chips and packaged devices, has filed two separate actions with the US International Trade Commission (ITC) – one against various Samsung subsidiaries, and a second against LG’s affiliates.

It has also filed a case against Samsung in the US District Court of Delaware, alleging infringement of ten different US patents. The court documents identify Samsung's popular UN32D5500 model LED-backlit television numerous times as one example of the infringement. Osram has demanded the award of treble damages, as well as full costs and relief, and has requested a jury trial for the case.

The patents cited were all awarded between 2002 and 2009, and include patent 6,812,500, which describes a "light-radiating semiconductor component with a luminescence conversion element". Cerium-doped YAG is specified as the "preferred" phosphor element in that patent.

In the past, such legal battles were commonplace in the LED sector, with the Japanese company Nichia among the most litigious. But in recent years, as the LED market has matured and grown to an annual value exceeding $10 billion, the dominant companies – including Osram and Nichia, but also Cree, Philips Lumileds and Toyoda Gosei - agreed a number of cross-licensing deals.

Since then, the level of investment in LED manufacturing kit in first Korea and more recently China has been extraordinary. In China, it has been largely the result of a major push by the Chinese government through attractive incentive schemes.

Changed landscape
As a result, the LED landscape has changed markedly in the past couple of years, with Samsung and LG becoming two of the leading manufacturers as both companies developed the technology for integration within their own LCD television designs. In its most recent investor presentation, covering the opening quarter of 2011, Samsung said that LED backlights featured in 39% of the 8.8 million TVs that it shipped.

According to market analysts at both IMS Research and Strategies Unlimited, in 2010 Samsung ranked second behind only Nichia in the list of leading LED makers – with IMS suggesting that Samsung will take over as the leading producer this year. Osram OS had been the long-time number two manufacturer, before falling behind Samsung to third place.

In the new lawsuits, Osram claims that both LG and Samsung are using technology it developed, including thermal and electrical connection structures and phosphor conversion of blue light from a gallium nitride chip into white light from a packaged device, inside products such as their LED TVs. Osram initially filed lawsuits against the two in Germany as well as the US, and said that it would file a similar suit against LG in China on June 7.

“By taking royalty-bearing licenses, a variety of prominent companies around the world have recognized the value of the Osram patents on conversion technology,” said Osram in a statement, with the Osram OS CEO Aldo Kamper adding: “Major competitors such as Philips/Lumileds, Cree, and Nichia have acknowledged our strong IP position by entering into cross-license agreements with Osram.” The strong implication is that both Samsung and LG have refused to agree on any licensing terms offered by Osram.

The lawsuit comes amid Osram’s planned initial public offering of stock, through which parent company Siemens is expected to raise some €2.5 billion.

Cited patents:
Osram has accused Samsung of infringing ten US patents in its Delaware court filing. They are: