San Diego to get more CPV in 30MW Soitec deal

Concentrated photovoltaic firm gets another vote of confidence in southern California with deal for three more sites. 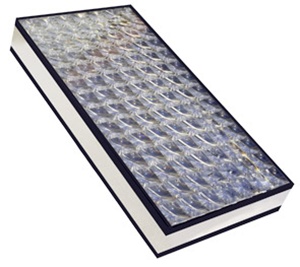 The power purchase contracts, which still require approval from the California Public Utilities Commission, are for CPV systems to be provided by the Soitec subsidiary Concentrix Solar, and follow on from the landmark 150 MW CPV deal agreed by the two last month.

Clark Crawford, Concentrix’s general manager of business development in North America, told optics.org that the 150 MW deal represented a “watershed moment” for CPV technology, and it is the largest CPV development yet announced. The latest additions appear to be a further vote of confidence in the technology, which is yet to make any major commercial impact at the utility scale.

As with the 150 MW project, CPV modules for the three smaller plants will be manufactured at a new Soitec factory that the France-headquartered company is planning to build in the San Diego area. However, both that manufacturing facility and the larger utility project remain contingent on a loan guarantee from the US Department of Energy. The Soitec subsidiary currently has a module factory with 30 MW capacity in Freiburg, although that is being expanded to 80 MW this summer.

Commenting on the latest development, Soitec CEO André-Jacques Auberton-Hervé highlighted one of the key advantages of CPV – that by concentrating sunlight, the approach requires much less land than conventional PV approaches.

“Our CPV systems are perfectly suited for projects close to well-populated areas, as the high system efficiency of CPV minimizes the amount of land needed for a given amount of electricity production,” he said.

Peak demand
The three additional projects are expected to deliver enough electricity to serve more than 11,200 households. Because CPV works best in hot, dry and sunny conditions, southern California is highly suited to the approach. Another key factor is that peak electricity demand in these locations tends to coincide with hot summer afternoons, when air conditioning places the most strain on the grid and electricity is more expensive – and also when CPV systems ought to be delivering a high output.

Soitec highlights that its planned manufacturing activities in San Diego will generate 450 direct jobs, and perhaps another 1000 or more indirectly. This is another key factor in the current US political debate over the various merits of spending on large renewable energy projects – for example through the loan guarantee scheme - and job creation. Soitec and others are hoping to convince politicians at both federal and state level that cutting back on such schemes would also have a negative impact on employment and high-value manufacturing activity.

Assuming that Soitec’s plans do get the go-ahead, the company expects to announce the location of its new CPV module factory in the San Diego area this summer. The facility should be completed within 18 months, with CPV module delivery for the new solar power stations slated to begin in 2013.

Over the past year, SDG&E has signed nine renewable energy deals, totalling 1.1 GW in maximum generating capacity. Of that total, 520 MW is set to be produced by solar power – and up to 180 MW of that will be through CPV systems.