The microdisplay developer saw revenues from military customers fall significantly in 2010, and has concerns about the impact of US deficit reduction plans. 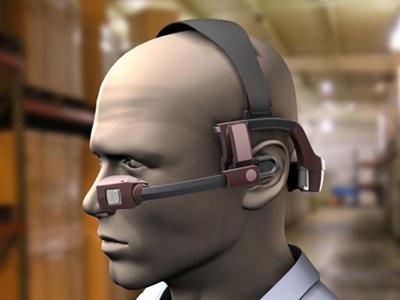 Kopin Corporation has reported a significant slowdown in sales of its microdisplays for military applications during 2010, and now has concerns that the political environment in the US could have a further impact in 2011.

The Massachusetts-based company, which has a separate business unit that makes semiconductor amplifiers for smart phones, recorded $120.4 million in full-year revenues for 2010, up 5% on 2009.

But that total disguises falling display revenues, which dropped from $68.2 million in 2009 to $58.2 million last year - even though Kopin saw a strong increase in sales for consumer applications. That’s because this side of the business is dominated by military applications, where sales slumped 23% on the prior year to $40 million.

CEO John Fan said of the decline: “Within our CyberDisplay portfolio, military display sales started the year slowly but finished strongly in the fourth quarter.” In that final quarter of the year, display sales for military use were $13.2 million, down only slightly on the same period in 2009.

And Fan has concerns that this year could see further problems. “While we continue to expect the US Army’s Thermal Weapons Sight program to contribute materially to our display revenue in 2011, we do have some reservations about the federal budget deficit impact,” he said.

Forth Dimension
With uncertainty surrounding US defense spending, Kopin is keen to grow its display business in other applications, and this will be aided by its recent acquisition of Scotland-based Forth Dimension Displays (known as 4DD) for $11 million plus further potential earn-outs.

4DD’s technology is based on a reflective, rather than transmissive, optical approach, and the displays are targeted at a range of non-military applications, including high-end microscopes for life science. The most promising commercial application of FDD’s technology looks to be in cinematography, where the high-definition displays are used in electronic viewfinders.

Kopin says that it is not expecting to see rapid growth from 4DD in the near term, but since the business unit focuses on low-volume, niche display applications, it can deliver high gross margins that help the profitability of the wider company.

Another area where Fan and his colleagues have high hopes is Kopin’s “Golden-i” product, which is now in the final stages of development. With strong overtones of James Bond style gadgetry, the Golden-i is a voice-activated, Web-connected near-eye microdisplay that is intended for industrial applications.

“We made several significant strides in 2010 towards commercialization of Golden-i,” Fan said. Kopin recently agreed a deal with Motorola Solutions to develop a ruggedized industrial-grade product. Golden-i development kits are set to be released within weeks, and the completed products should begin appearing in the first half of 2012.

Thanks to a strong performance by its semiconductor unit, which has benefited from the growing popularity of smart phones, Kopin posted an overall net profit of $8.9 million for 2010, down from $19.4 million in 2009.

In his outlook for 2011, Fan predicted another year of solid revenue growth, and estimated that full-year revenues would hit somewhere between $130 million and $140 million.