The diversifying optics company anticipates a market worth as much as $800 million by 2015 as gesture recognition goes beyond gaming. 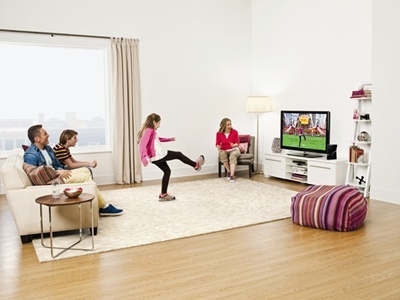 One of the consumer electronics success stories of the past few months has been Microsoft’s Kinect – the games console that is controlled by the gamer’s own body, rather than any kind of remote handset.

And one of the main beneficiaries has been the optics company JDSU – best known for the components and modules that it manufactures for optical communications, but also a key supplier of lasers, optical coatings, solar cells and more.

Now the company, which is morphing from an optics company into a much more diverse technology firm, believes that the proliferation of gesture recognition applications like Kinect, as well as opportunities in fiber lasers, solar cells and advanced hard disk drives will offer a variety of fast-growing markets for its products by 2015.

For Kinect, JDSU supplies near-infrared laser diodes and coatings for the optical systems that make sense of a gamer’s movements, translating patterns in structured light into actions on the screen. It’s a market that has grown very quickly from a standing start, with 8 million Kinect consoles already sold by early January, and rivals such as Oclaro also sensing a major opportunity.

JDSU sees this market expanding far beyond the console, and into much larger volume markets such as conventional PCs, television and even mobile handsets. At the moment, those products account for a market of more than two billion units per year.

Although sales relating to gesture recognition represented only a tiny fraction of JDSU’s revenues in the past year, the company anticipates a total addressable market worth somewhere between $500 million and $800 million by 2015 as the applications base expands quickly.

Growth markets
Discussing future growth markets at JDSU’s analyst day on February 17, Alan Lowe – who heads up the company’s Communications and Commercial Optical Products unit – said that, beyond gesture recognition, there were a host of other new applications that JDSU was seeking to penetrate.

Those include the fiber laser sector, where JDSU is working on novel 4 kilowatt-scale systems with Amada Japan. Another area of potential growth is a new kind of magnetic recording head that can improve on current hard disk drive performance. Here, the laser could be used to direct targeted heat directly to the surface of the disk, with the result a 50% increase in storage density, said Lowe.

That market could be worth anywhere between $200 million and $500 million by 2015, Lowe predicted, while he expects another major opportunity to emerge in concentrating photovoltaics (CPV), where sunlight is concentrated by a factor of 500 or more onto a high-performance cell.

Although JDSU has the expertise to produce such cells at its laser fab, at the moment it is not one of the major suppliers in what is yet to become a significant market. But while Boeing subsidiary Spectrolab, Emcore and AZUR Space dominate the commercial supply of these devices, there are a number of new entrants seeking to challenge them. 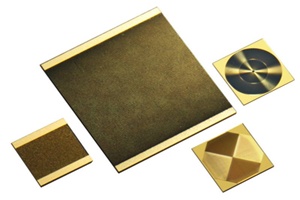 As well as JDSU, they include Spire Corporation, Cyrium, Solar Junction and more – each of which has reported good recent progress in the development of high-performance cells. Just a few days ago Solar Junction revealed that the US National Renewable Energy Laboratory (NREL) had confirmed its cells at a conversion efficiency of 41.4% - close to a world record set by Spire last year. Importantly, Solar Junction says that its cells are not just champion devices, but suited to commercial production.

JDSU also claims to have achieved more than 40% conversion efficiency with its cells, and it is working on producing the devices on a 6-inch semiconductor wafer platform – larger than most other suppliers and seen as a key route to lowering production costs and the overall cost of solar electricity. Lowe predicted that the total addressable market for cells used in CPV would approach $1 billion by 2015.