Lockheed Martin to equip two Apache battalions with low-light sensors, while FLIR will provide the US Army with 36 SAFIRE night vision systems. 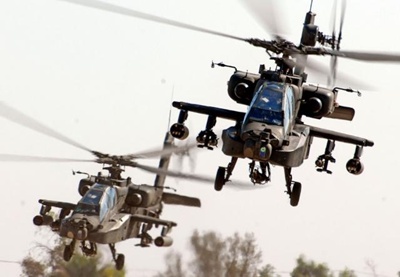 While the Pentagon looks to make cuts to US military spending, defense contractors Lockheed Martin and FLIR Systems will each be celebrating new contracts worth in the region of $15 million.

Lockheed has been awarded a $15 million production contract to retrofit Apache helicopters with low-light sensors. The deal comprises 65 visible/near-infrared systems and spares, enough for two Apache battalions, as well as cameras and spares to outfit a foreign military customer.

One of the reasons for the upgrade is that it will allow flight crews to see the near-infrared laser spots that their weapons use for target designation, which is expected to reduce the potential for so-called “friendly fire” incidents.

Lockheed’s Missiles and Fire Control division will produce the key VNsight lens part of the system, and also serve as the system integrator for the project, while the firm’s Mission Systems and Sensors unit in Akron, Ohio, will provide the required cameras.

By blending VNsight imagery with existing forward-looking infrared (FLIR) imagery, pilots can see both cultural and military lighting, including lasers, markers, beacons and tracer rounds, says Lockheed. This should ensure safer flying conditions and improved situational awareness in the dark, and in situations where existing light sources cannot be imaged by the FLIR.

The ability to image light sources in-band with the VNsight sensor also allows the crew to see some laser pointers, improving coordination with ground units. According to the contractor, it also allows them to see their own laser spot while designating targets for laser-guided munitions engagements, reducing the likelihood of mistakenly firing at their own side.

Meanwhile, the US Army has awarded FLIR Systems a $15.9 million contract for 36 SAFIRE II night vision and infrared camera systems, as well as 10 operator classes and 10 maintenance classes.

SAFIRE is short for “Shipborne Airborne Forward-looking InfraRed Equipment”, and is a turret sensor system featuring a detector based on a 320 x 240 InSb focal plane array, operating in the mid-infrared 3-5 µm region.

Production will take place at FLIR’s Wilsonville, Oregon, facility, with completion expected by the end of 2011.

On January 6, the US Secretary of Defense Robert Gates announced that the Pentagon would be making some major cuts to the military budget, amounting to an expected $78 billion saving over the course of its Five-Year Defense Plan.