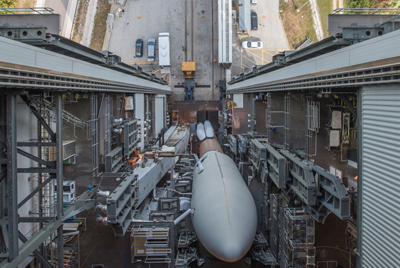 Following the successful launch, the U.S. Space Force is now communicating with SBIRS GEO-6. Signal acquisition was confirmed 3 hours and 43 minutes after the satellite’s lift off aboard a ULA Atlas V rocket. The satellite is now orbiting under its own propulsion following separation from the rocket.

Gary Wentz, ULA vice president of Government and Commercial Programs, commented, “Thank you to our U.S. Space Force and industry partners for their teamwork in successfully delivering the sixth and final SBIRS satellite to orbit.”

“We are proud of our role in supporting the warfighter by launching the entire SBIRS satellite constellation, a critical constellation of missile warning satellites that expands the U.S. military’s situational awareness on the battlefield and beyond.” 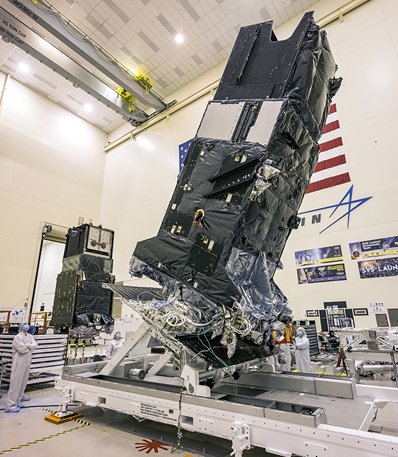 The SBIRS spacecraft serve as the first point of detection for global missile warning “as ballistic missile threats proliferate around the world” – according to the U.S. Space Force.

The infrared sensors, and others in a constellation of persistent overhead satellites, collect data that allow the U.S. military to detect missile launches, support ballistic missile defense, expand technical intelligence gathering and bolster situational awareness on the battlefield.

Built by military and aerospace technology giant Lockheed Martin, using its modernized LM 2100 Combat Bus, the SBIRS GEO 6 is described as “an enhanced space vehicle providing even greater resiliency and cyber-hardening against growing threats, as well as improved spacecraft power, propulsion and electronics.”

“At Lockheed Martin, we are making advancements to keep pace with evolving needs based on emerging threats in our military customers' environment, helping pave the way for the future.”

The GEO-6 satellite is described as “a stepping stone” toward the resilient missile warning to be provided by SBIRS' successor, the Next Generation OPIR GEO System (NGG).

Like SBIRS GEO-5 and GEO-6, NGG will be based on Lockheed Martin's modernized LM 2100 Combat Bus, which provides additional capabilities such as cyber hardening, resiliency features, enhanced spacecraft power, and improved propulsion and electronics.