Trumpf tool boosts laser 3D cutting speed by up to 60% 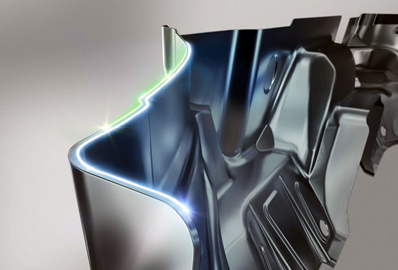 High-tech company Trumpf says it has developed a new laser technology that increases the speed and efficiency of sheet-metal cutting.

Known as BrightLine Speed, the solution offers benefits for the 3D cutting of hot-formed parts – such as those used to produce B-pillars and door frames in auto manufacturing.

“It makes the cutting process up to 15 percent more productive with the same laser power, so each part requires correspondingly less energy to fabricate.

“Our new cutting technology is faster and uses less gas – and that translates into tangible cost savings and a real boost in productivity for our customers,” he added.

Two fibers in a single cable

At the heart of BrightLine Speed is a new, Trumpf-patented laser light cable (LLK), a two-in-one design with an inner and an outer fiber core.

A TruDisk disk laser couples the laser light into the LLK and distributes the laser power to the inner and outer cores using a device known as a wedge switch. This allows users to adapt the laser power and beam profile more precisely and flexibly to the thickness of the sheet currently being processed.