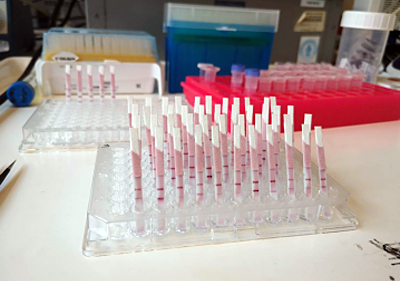 Researchers at the Zepler Institute for Photonics and Nanoelectronics (ZIPN), Southampton, UK, have reported promising early results from a prototype for rapid and cheap Covid-19 diagnostic tests. The laser-printed testing kits, which detect the presence of the virus itself rather than antibodies, have been designed to return a diagnosis within 15 minutes.

The developers hope the kits could become a inexpensive alternative to laboratory-based RT-PCR tests that are struggling to keep up with global demand and impractical for many less-developed countries. The ZIPN team and partners in the University's Faculty of Medicine have been awarded seed funding from the Rosetrees Trust and the John Black Charitable Foundation.

Dr Collin Sones, project lead, said, “Currently it can take the health services a long time to confirm a diagnosis of Covid-19. Patients with symptoms either need to visit specialist testing centers, take and send their own samples to a lab, or go into hospital where samples are then taken to laboratories for RT-PCR testing.

“Our research team believes that a rapid viral detection test would alleviate the difficulties associated with the ongoing testing situation and identify potentially infected people who would need to either self-isolate or go to hospital.”

ZIPN researchers have previously demonstrated paper-based infection tests, similar to the commonly available pregnancy test, that present an affordable pathway to diagnose different disease-related biomarkers within 10 to 15 minutes. The research teams have tested a small number of swab samples taken from Covid-19 patients and shown that the prototype test can detect the virus in patients with high viral loads.

Foresight is adapting its vision solution to detect Covid-19 symptoms.

The company has also submitted a patent application to the U.S. Patent and Trademark Office for a system and method for detection of people infected with the virus.

Based on the company’s experience of working with Flir’s thermal cameras, artificial intelligence and algorithms, the Foresight system is designed to detect some of the main symptoms. The symptoms can be identified by using the company’s IP that combines both visible-light and thermal camera proceduress.

“The Covid-19 pandemic has created new challenges for public safety, prioritizing the prevention of another pandemic outbreak as the world begins to resume normal activities,” said Haim Siboni, CEO of Foresight. “Our extensive experience with thermal imaging and AI can be invaluable when applied to a detection solution for early symptoms of the coronavirus. Several prospective customers have already expressed interest in evaluating our technology.”

A team of researchers from EPFL’s EssentialTech Center and EMPA (Swiss federal materials-science center) has been working for the past two years on a completely transparent surgical mask. They have finalized a biomass-based material to fabricate the masks and have created a startup called HMCare to market them. 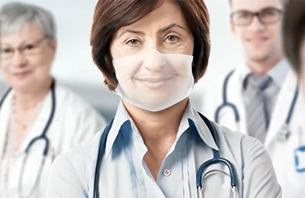 Called HelloMasks, the transparent masks are intended to replace the tri-fold green or white ones that healthcare workers usually wear. The developers say this protection could be worn by anyone, although they are designed primarily to make the contact between caregivers and patients less impersonal.

After completing a CHF 1 million ($1 million) fundraising round, the company is now ready to develop the industrial process. Discussions are under way for a planned market launch in early 2021.

According to a newly-published report by Dell’Oro Group, a market analyst specializing in the telecommunications, networks, and data center IT industries, total global revenue for Broadband Access equipment dropped to $2.5 B in the year to Q1, 2020, down 15 percent year-over-year from 1Q 2019. Q1, 2020, activity, which Dell’Oro said “was seasonally slow to begin with”, was hurt by supply chain disruptions throughout Asia-Pacific as a result of the Covid-19 pandemic.

“The first half of 2020 will give way to a sustained rebound in broadband equipment spending in the second half of the year,” said Jeff Heynen, Senior Research Director, Broadband Access and Home Networking. “The need to expand residential broadband speeds and availability will ultimately win out over the current macroeconomic slowdown,” explained Heynen.

Following are some highlights from the Q1 2020 Broadband Access Quarterly Report: 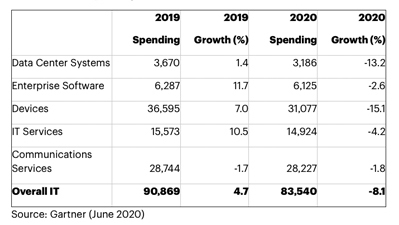 Technology spending in India to fall

Information technology spending in India – including on optical communications networks and data centers – will decline by 8.1% in 2020 to a forecast total of total $83.5 billion, according to the latest forecast by Gartner. This will be the first decline in IT spending experienced in India in the last five years.

“The fear of a global economic recession due to the Covid-19 pandemic is forcing CIOs in India to be very cautious on their IT spending this year,” said Naveen Mishra, senior research director at Gartner. “In partnership with their CFOs, CIOs in India are reprioritizing their IT budgets on mission critical initiatives.”

Spending on devices and data center systems in India are on pace to record the steepest declines in 2020, at -15.1% and -13.2%, respectively. CIOs in India are set to extend life cycles of existing assets which will also delay new purchases.

In order to adhere to the continued government restrictions on social distancing, CIOs in India will need to spend more on business continuity, remote working and workforce collaboration. This is shifting spending toward technologies such as desktop as a service (DaaS), infrastructure as a service (IaaS), virtual private network (VPN) and security. The overall cloud adoption in India has increased, as a result of this increase in spending.

While spending is on pace to dip across all segments in India this year, technologies such as telehealth, smart-chatbots, mobile applications enabling deliveries, and distance learning education software will experience an increase in spending in 2020. As a result, spending on enterprise software is set to record a moderate decline in 2020 at -2.6%, Gartner concluded. 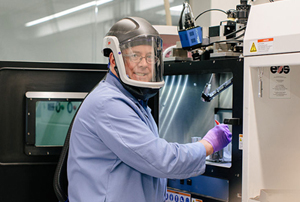 In response to the pandemic, Raytheon Technologies launched a rapid-response effort to use a 3D printing machine to produce face shields for first responders. The challenge for the company was to use 100 laser additive manufacturing machines from across the world to make 25,000 masks.

“It was unprecedented to bring the entire corporation together to print one single file across multiple processes and materials using somewhere around 100 machines in less than two weeks,” said Jesse Boyer, fellow for additive manufacturing at Raytheon.

Venkat Vedula, executive director of the Raytheon Technologies Additive Process and Capabilities Center, added, “Now we have a better understanding of 3D printing technology and a more realistic understanding of where it will add a benefit.” There are four areas in which additive manufacturing adds the most value now, according to Vedula: