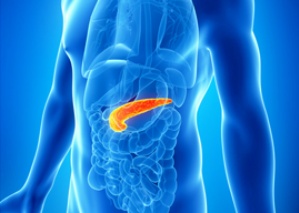 The article, in Gastrointestinal Endoscopy was authored by the team of physicians that conducted the study, which comprised members from both the Division of Gastroenterology, and the Department of Pathology, at the Icahn School of Medicine at Mount Sinai, New York.

Currently, say the Mauna Kea researchers, the standard of care (SOC) for the diagnosis of PCLs “relies upon the combination of clinical, morphologic (cross-sectional imaging), cyst fluid chemical and cytologic analysis.”

The conventional approach achieves relatively low accuracy, with more than 50% of cysts missing cytological confirmation after fine-needle-aspiration (FNA). The management of PCLs using SOC is further challenged by the lack of optimal diagnostics and divergent patient management guidelines.

The primary objective of this study was to compare the diagnostic yield and change in clinical management for microforceps biopsy and Cellvizio’s nCLE with the current SOC. The results of this study clearly demonstrate that MFB and nCLE lead to significant improvements in specific PCL diagnosis, which in turn has major impact in clinical management.

Highlights from the study include:

“In our study evaluating advanced diagnostic techniques in pancreatic cystic lesions, we found that nCLE was one of the modalities associated with significantly higher diagnostic yield, when compared to standard of care, and its use had a major impact on changing clinical management decisions, including the need for continued surveillance or surgery,” said Christopher J. DiMaio, M.D, Associate Professor of Medicine and Director of Interventional Endoscopy in the Division of Gastroenterology, Icahn School of Medicine at Mount Sinai Hospital in New York.

“This new clinical study from Dr. DiMaio and colleagues from the Icahn School of Medicine at Mount Sinai Hospital in New York validates that using Cellvizio is not only safe, but also leads to significant changes in clinical management for patients who present with pancreatic cystic lesions.”

Gershon added, “Importantly, this study further enhances the growing body of evidence which demonstrates significantly higher diagnostic accuracy with Cellvizio versus the conventional standard of care. We believe that the evidence of changing patient management for pancreatic cysts will help drive adoption in the U.S.”