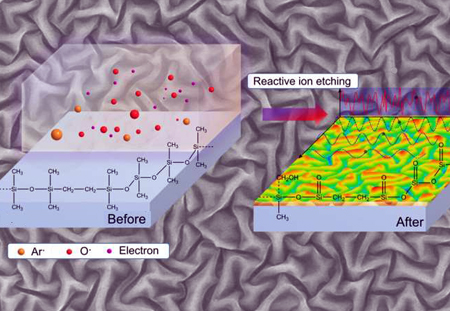 Since the first development of white OLEDs in the 1990s, numerous efforts have been made to achieve a balanced white spectrum and high luminous efficacy at a practical luminance level. However, the external quantum efficiency (EQE) for white OLEDs without additional outcoupling techniques typically only reaches 20 to 40 percent today.

About 20 percent of the photons generated in conventional OLEDs remain trapped in the glass layer of these devices. The reason for this is the total internal reflection of the particles at the interface between glass and air. Further photons are waveguided in the organic layers, while others get ultimately lost at the interface to the top metal electrode.

Numerous approaches have been investigated to extract the trapped photons from OLEDs. Now, an international research team led by Dr. Simone Lenk and Prof. Sebastian Reineke from the TU Dresden, Germany, have developed a new method for freeing the photons. Their work is described in Nature Communications.

The physicists have introduced a “straightforward, scalable and notably lithography-free method for the generation of controllable nanostructures with directional randomness and dimensional order, significantly boosting the efficiency of white OLEDs.” The nanostructures are instead produced by reactive ion etching. This, say the team, has the advantage that the topography of the nanostructures can be specifically controlled by adjusting the process parameters.

In order to understand the results obtained, the scientists have developed an optical model that can be used to explain the increased efficiency of OLEDs. By integrating these nanostructures into white OLEDs, an external quantum efficiency of up to 76.3% can be achieved.

For Dr. Simone Lenk, the new method opens up numerous new avenues; she commented, “We had been looking for a way to specifically manipulate nanostructures for a long time. With reactive ion etching, we have found a cost-effective process that can be used for large surfaces and is also suitable for industrial use."

Over the past three decades, organic light-emitting diodes have been steadily conquering the electronics market, say the Dresden scientists: "from OLED mobile phone displays to roll-out television screens, the range of applications is growing".

A key focus of OLED research is on improving the performance of white OLEDs for lighting elements such as ceiling or car interior lighting; such components are subject to much stricter requirements in terms of stability, angular emission and power efficiency. 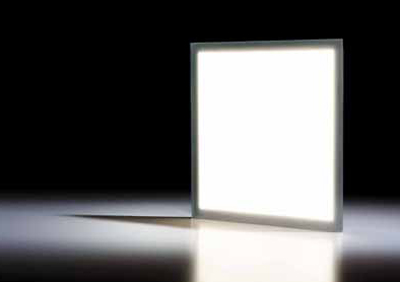 optics.org interviewed Dr Lenk about her group's work and its potential for commercialization.

What are the factors limiting the efficiency of conventional white OLEDs?

How does your approach improve this; and by what factor?

Could commercially-produced OLEDs could be significantly more efficient in mass production by using your approach?

"I assume yes – reactive ion etching is comparitively cheap and the nanostructures could be easily adopted for mass production."