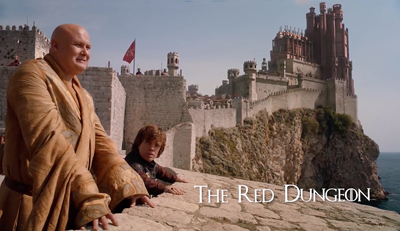 Lidar is coming: a Game of Thrones scene in an adapted Dubrovnik.

Teledyne Technologies has announced that imaging hardware and software from Teledyne Optech helped enable 3D spatial data acquisition and visual effects for HBO’s hit television series Game of Thrones, the final episode of which was broadcast last month in the US.

A production team, led by Vektra d.o.o. of Croatia, utilized Teledyne’s lidar (light detection and ranging) technology to create a detailed 3D representation of the old city of Dubrovnik, the model for the show's fictional city of King’s Landing.

Lidar is becoming increasingly popular for creating realistic computer-generated imagery and visual special effects. Traditionally, lidar has been used for mapping and in construction, civil engineering, mining and transportation.

Lidar is now of particular interest in the film industry because of its ability to scan buildings or even entire cities in 3D, while maintaining a high level of detail and accuracy. Lidar’s ability to generate exact replicas of locations reduces the time and cost for 3D modelling and helps create more realistic visual effects.

“We are most proud when our technology contributes to new scientific knowledge, such as revealing an extensive, undiscovered Maya civilization in Guatemala,” commented Robert Mehrabian, Executive Chairman of Teledyne. “We are equally delighted when our high-technology equipment supports art and entertainment.”

For completist GoT fans, a promotional video can be seen, below, showing how Vektra generated 3D point clouds in Dubrovnik using various lidar technologies: