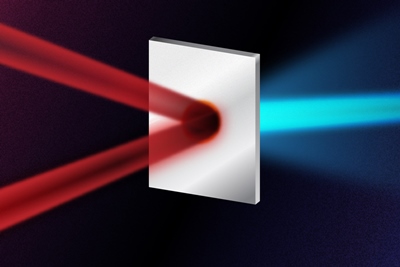 Early-stage research by a university team in Sweden suggests that a new laser setup will double the energy of a proton beam - potentially offering a route to much wider access for high-precision cancer therapy.

While proton beam treatment is already used on some patients, in particular children with deep-seated brain and spinal tumors that are difficult to access, the equipment required is bulky and expensive. As a result, the high-tech approach is currently only available at around 100 clinics worldwide.

Theoretically, using lasers instead of particle accelerators to generate proton beams could reduce the size and cost of the systems by as much as 90 per cent, to a point where they could be deployed much more widely. However, current laser approaches are unable to deliver the kind of proton energies needed for effective, high-precision treatment.

Splitting the beam
In numerical simulations, Tünde Fülöp and colleagues from Chalmers University of Technology and nearby Gothenburg University have looked at the likely effects of splitting a high-power laser pulse into two beams that are then pointed at each other.

The work, published recently in Nature Communications, indicates that proton yield would increase by a factor of five, while the energy of accelerated protons will nearly double.

In theory, that kind of improvement could be exploited in much more compact proton beam systems, providing wider access to the advanced therapy option. However, aside from the challenge of confirming the anticipated effects on a real laser system, proton energies would still need to be increased substantially more than the simulations currently suggest.

Fülöp, a professor of theoretical physics at Chalmers, admitted: “We need to achieve up to ten times the current energy levels to really target deeper into the body. One of my ambitions is to help more people get access to proton therapy. Maybe that lies 30 years in the future, but every step forward is important.”

The next step will be to test the simulations in a laser laboratory, and the current plan is to do that via a collaboration with Lund University, home to the Lund Laser Centre and its high-power laser facility.

Fülöp and colleagues explain that the normal approach involves firing laser pulses at a thin metallic foil, with the interaction resulting in a beam of highly charged protons.

Their work suggests that by instead splitting a laser into two less intense pulses, and then firing both pulses at the foil from two different angles simultaneously, the standing wave pattern generated at the front of the foil heats the target extremely efficiently.

It means that although the same initial laser energy is deployed, the twin-beam technique should result in more energetic protons.

“The proposed scheme is robust with respect to incidence angles for the laser pulses, providing flexibility to the scheme, which should facilitate its experimental implementation,” adds the team. 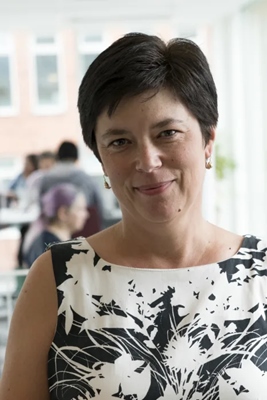 High capital requirements
Fülöp’s colleague Julien Ferri, a co-author on the paper, said: “This has worked even better than we dared hope. The aim is to reach the energy levels that are actually used in proton therapy today.

“In the future it might then be possible to build more compact equipment, just a tenth of the current size, so that a normal hospital could be able to offer their patients proton therapy.”

Current proton therapy systems rely on cyclotrons, synchrotrons, or linear particle accelerators, all of which demand a major capital investment to build. As a result, there are still only a hundred or so treatment centers offering the therapy worldwide, even though the first proton therapy center opened in Switzerland more than 30 years ago.

But the advantages of the approach are clear - proton beams can access deep-lying tumors with high precision, meaning very few side effects compared with conventional radiotherapy using X-rays, or chemotherapy options.

The twin-laser approach may also have other applications beyond medicine, suggests the Gothenburg team. Those could include materials characterization, and the intriguing possibility of using proton beams to reduce the radioactivity of nuclear material.

“They are also important for the space industry,” say Fülöp and Ferri. “Energetic protons constitute a large part of cosmic radiation, which damages satellites and other space equipment.

“Producing energetic protons in the lab allows researchers to study how such damage occurs, and to develop new materials which can better withstand the stresses of space travel.”