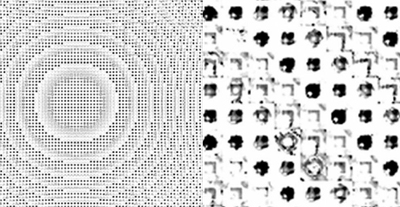 Mathematicians at MIT, Cambridge, Ma, have developed a new computational technique that quickly determines the ideal makeup and arrangement of millions of individual, microscopic features on a metasurface, to generate a flat lens that will manipulates light in a specified way.

In a study published this week in Optics Express, the developers, led by Steven Johnson, professor of mathematics at MIT, acknowledge that for the past decade scientists have developed ultrathin metasurfaces, but the challenge remains to understand exactly what type of pattern is needed to produce a desired optical effect.

Prof Johnson says that his group’s new computational technique can quickly map out patterns to achieve a range of desired optical effects: “Previous work attacked the problem by limiting the possible patterns to combinations of predetermined shapes, such as circular holes with different radii, but this approach only explores a tiny fraction of the patterns that can potentially be made.”

The new technique is said to be the first to efficiently design completely arbitrary patterns for large-scale optical metasurfaces, measuring about 1 square centimeter — a relatively vast area, considering each individual feature is no more than 20 nm wide. Prof Johnson added that the computational technique can quickly map out patterns for a range of desired optical effects.

“Say you want a lens that works well for several different colors, or you want to take light and instead of focusing it to a spot, make a beam or some sort of hologram or optical trap,” he said. “You can tell us what you want to do, and this technique can come up with the pattern that you should make.” Johnson’s co-authors on the paper are lead author Zin Lin, Raphaël Pestourie, and Victor Liu.

A single metasurface is typically divided into tiny, nanometer-sized pixels. Each pixel can either be etched or left untouched. Those that are etched can be put together to form any number of different patterns. To date, researchers have developed computer programs to search out any possible pixel pattern for small optical devices measuring tens of micrometers across. Such tiny, precise structures can be used to, for instance, trap and direct light in an ultrasmall laser.

The programs that determine the exact patterns of these small devices do so by solving Maxwell’s equations — a set of fundamental equations that describe the scattering of light — based on every single pixel in a device, then tuning the pattern, pixel by pixel, until the structure produces the desired optical effect.

But Prof Johnson says this pixel-by-pixel simulation task becomes nearly impossible for large-scale surfaces measuring millimeters or centimeters across. A computer would not only have to work with a much larger surface area, with orders of magnitude more pixels, but also would have to run multiple simulations of many possible pixel arrangements to eventually arrive at an optimal pattern.

“You have to simulate on a scale big enough to capture the whole structure, but small enough to capture fine details,” he said. “The combination is really a huge computational problem if you attack it directly. If you threw the biggest supercomputer on Earth at it, and you had a lot of time, you could maybe simulate one of these patterns. But it would be a tour de force.” 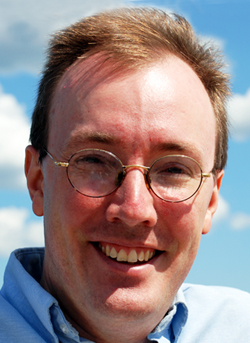 Prof Johnson’s team has now come up with a shortcut that efficiently simulates the desired pattern of pixels for large-scale metasurfaces. Instead of having to solve Maxwell’s equations for every single nanometer-sized pixel in a square centimeter of material, the researchers solved these equations for pixel “patches.”

The computer simulation they developed starts with a square centimeter of randomly etched, nanometer-sized pixels. They divided the surface into groups of pixels, or patches, and used Maxwell’s equations to predict how each patch scatters light. They then found a way to approximately “stitch” the patch solutions together, to determine how light scatters across the entire, randomly etched surface.

From this starting pattern, the researchers then adapted a mathematical technique known as topology optimization, to essentially tweak the pattern of each patch over many iterations, until the final, overall surface, or topology, scatters light in a preferred way.

The team’s technique is able to identify an optimal pattern in just a few hours, compared with traditional pixel-by-pixel approaches which, if applied directly to large metasurfaces, would be virtually intractable.

Using their technique, the researchers quickly came up with optical patterns for several “metadevices,” or lenses with varying optical properties, including a solar concentrator that takes incoming light from any direction and focuses it to a single point, and an achromatic lens, which scatters light of different wavelengths to the same point, with equal focus.

Going forward, the researchers are working with engineers, who can fabricate the intricate patterns that their technique maps out, to produce large metasurfaces, potentially for more precise cellphone lenses and other optical applications. This research was funded, in part, by the U. S. Army Research Office through the Institute for Soldier Nanotechnologies at MIT.