Raman reveals the tumors most likely to resist radiotherapy

University of Arkansas and Johns Hopkins identify differences between treatment-sensitive and treatment-resistant sites. 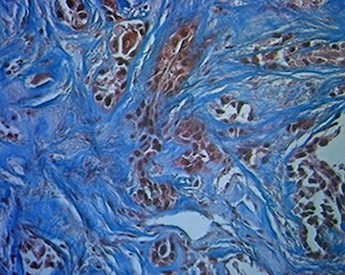 Not all cancerous tumors respond equally to treatments and therapy, which complicates treatment regimes for clinicians and outcomes for patients.

A project at the University of Arkansas and Johns Hopkins University has now used Raman spectroscopy to reveal differences between those tumors which responded to treatment and tumors which were more resistant, potentially offering a route to distinguishing between the two types early in the therapeutic regime.

Having been tested on human cancer cells transplanted into subject mice, pilot clinical studies in human patients with head and neck cancer will now follow, to determine if the technique can remove the need for ineffective radiation therapy in some cases. The research was published in Cancer Research.

The group used Raman spectroscopy to map biomolecular changes in radiation-resistant and radiation-sensitive human lung tumors, along with two different types of head and neck tumors.

It found that the radiation-sensitive tumors showed greater changes in the expression of lipids and collagen, changes which were consistent across all tumors and related to whether the tumor had been responsive or non-responsive to the therapy.

"Identifying patients with radiation-resistant tumors prior to commencing treatment or immediately after it has begun would significantly improve response rates and help these patients avoid the toxic side effects of ineffective radiation therapy," said Narasimhan Rajaram of the University of Arkansas. "Our findings provide a rationale for translating these studies to patients, with this as the ultimate goal."

These results follow a similar study published last year, in which Rajaram and an interdisciplinary team of researchers at the University of Arkansas used auto-fluoresence imaging to identify differences between the metabolic response of radiation-resistant and radiation-sensitive lung cancer cells, after exposure to radiation and YC-1, a common chemotherapy drug.

In its published paper, the project team noted that delay in the assessment of tumor response to radiation therapy continues to pose a major challenge to quality of life for patients with non-responsive tumors.

"Raman spectra obtained from untreated and treated tumors were subjected to chemometric analysis to quantify biomolecular differences in the tumor microenvironment. The Raman measurements revealed significant and reliable differences in lipid and collagen content post-radiation in the tumor microenvironment, with consistently greater changes observed in the radiation-sensitive tumors."

In addition to accurately evaluating tumor response to therapy, the combinations of these Raman spectral markers potentially offer a route to predicting response in tumors prior to commencing treatment in the first place. It may ultimately be possible to determine a metabolic signature related to a patient's post-therapy response.

"Combined with its non-invasive nature, our findings provide a rationale for in vivo studies using Raman spectroscopy, with the ultimate goal of clinical translation for patient stratification and guiding adaptation of radiotherapy during the course of treatment," commented the group.