Order intake worth €874 m also at record high; firm says outlook is for “further growth in 2019”. 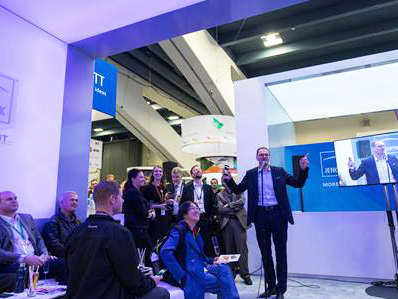 Jenoptik has announced that it has ended the 2018 fiscal year with “new record trading figures”. According to provisional calculations, group revenue grew by 11.6 percent to around €834 million (prior year: €747.9 million). This performance was mainly driven by strong demand from the semiconductor equipment industry and the delivery of toll monitoring systems in the traffic safety business.

Successful acquisitions also made a key contribution of roughly €37 million to overall revenue. On a regional level, the Americas and Europe saw the strongest growth.

Jenoptik President & CEO Stefan Traeger commented, “Following good business performance in the first three quarters, demand saw a further upturn in the final months of 2018, allowing us to exceed our targets and once again significantly expand the profitability of the Jenoptik Group.”

Looking ahead, Traeger added, “We are on the right track with our strategic realignment with a stronger focus on photonic markets as well as with the initiatives launched to promote innovation within the Group. As part of the gradual implementation of our Strategy 2022, we have already achieved key milestones with the introduction of our new divisional structure in early January 2019, the launch of the new, independent Vincorion brand for our mechatronic business in September 2018, and the reorganization of our activities in Asia.”

Jenoptik’s Executive Board reported a “positive outlook” for 2019. In view of Jenoptik’s steady transformation into a focused technology company and the progress made within the company to date, the Board anticipates further growth in the present fiscal year. The final figures and the 2018 Annual Report will be published on March 21, 2019.

At last week's Photonics West expo in San Francisco, Jenoptik presented itself under the motto “More Light” as an application specialist for photonic technologies. CEO Dr. Stefan Traeger and the President of the North American optics business Jay Kumler launched the new Jenoptik for the trade audience and customers.

Within the framework of the company's Strategy 2022, which was first announced by the Executive Board in February 2018, Jenoptik has established a new corporate structure, new values and a new brand at the beginning of 2019.