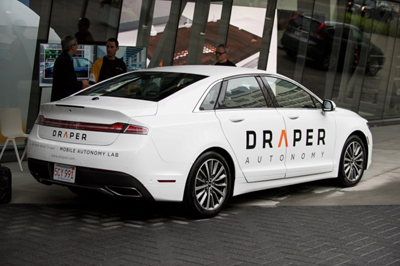 LiDAR is often considered the primary type of sensor for self-driving cars, given its capability to create high-definition maps of the surrounding environment.

Currently, most LiDAR systems rely on mechanical scanning, which can suffers from poor reliability and high cost. In contrast, systems developer Draper has come up with a LiDAR-on-a-chip that uses patented, all-digital MEMS optical switches for beamsteering.

In addition, the use of novel components, such as optical switches, MEMS and integrated photonics, all integrated on a single-chip, allows Draper to surpass current LiDARs in range and resolution, the company states.

The result is that Draper has successfully developed a high resolution, solid state LiDAR that images objects at up to 50 meters. In the development of this achievement, Draper demonstrated low-loss waveguides with verified losses under 1dB/cm and MEMS optical switches with lifetimes surpassing 10 billion cycles.

Draper’s LiDAR is being developed to image a range of hundreds of meters while providing a corresponding angular resolution targeted at less than 0.1 degrees, a significant advance over competing LiDAR systems, many of which offer lower range and resolution, claims the company. 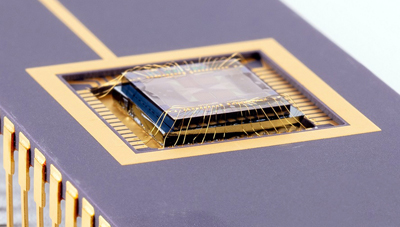 Draper’s LiDAR is being developed to image a range of hundreds of meters.

“If we want to image a target at a specified location, we simply enable the corresponding optical switch, whereas other approaches rely on precise analog steering, which is challenging given automotive’s thermal and vibration environment,” she said.

The new offering, which is now available to license, adds to Draper’s growing portfolio of autonomous system and self-driving car capabilities. The portfolio includes the Draper APEX Gyroscope—a MEMS gyroscope that provides centimeter-level localization accuracy, and Draper’s all-weather LiDAR technology, named Hemera, a detection capability designed to “see” through dense fog and which is compatible with most LiDAR systems.