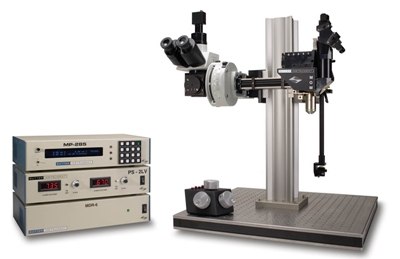 by Andrew Williams
A team of researchers at Tel Aviv University in Israel has developed a new multiphoton microscopy tool, known as Pysight, for rapid 2D and 3D imaging of the brain and other tissues.

Among other things, the team hopes that the tool could soon boost scientists' efforts to attain a deeper understand of brain dynamics, assisting in the discovery of groundbreaking treatments for a range of health problems including stroke, epilepsy and dementia.

Pablo Blinder, who heads up the team at the Neurobiology, Biochemistry and Biophysics School and Sagol School for Neuroscience at Tel Aviv University, explains that PySight combines commercially available, off-the-shelf hardware with open-source software tailored for photon-depleted imaging conditions, such as those characteristic of rapid multiphoton microscopy.

“[PySight’s] commercial hardware converts the noisy output of each photodetector into uniform photon detection events, and registers their absolute arrival time with a temporal precision of 100 picoseconds,” he says.

“Its software package then reads the resulting list of photon arrival times, determines the respective origin within the brain of each detected photon, and generates volumetric movies over time.”

In a recent paper published in the journal Optica, Blinder and his co-authors demonstrate the benefits of using PySight for tracking neuronal activity in awake mice and fruit flies. While initially developed with neuroimaging purposes in mind, Blinder reveals that the tool could just as easily be used for a range of other imaging applications - including detection of malignant cells in human patients during surgical procedures.

“Furthermore, PySight is extensible to any imaging method based on ‘bucket’ detectors, spanning from compressive imaging, through image restoration, to lidar - for example for autonomous driving or airborne and satellite surveying," he adds. “A key feature of PySight is its ‘plug and play’ nature, upgrading existing microscopes with minimal hassle on behalf of the researcher."

Neurons and blood vessels
Blinder explains that he and his team initially set out to show the response function of cortical blood vessels to neuronal activity across the mammalian cortex.

To achieve that, they needed to develop a new microscope that was capable of allowing rapid continuous volumetric imaging of all six cortical layers simultaneously in an awake mammal - in the process helping the team to track the activity of thousands of individual neurons and the blood flow in thousands of adjacent blood vessels.

Using observations of the changes in blood flow following bouts of neuronal activity in different layers, Blinder says that the team now intends to compute what he describes as the 'layer-specific kernel' of the hemodynamic response function (HRF), the process that rapidly delivers blood to active neuronal tissues.

“This quantitative measurement of the HRF at cellular resolution might help us crack the ‘neural code’,” says Blinder. “That is, the pattern of neuronal activity. That gets translated into local changes in blood-flow dynamics and oxygenation consumption.

“As these vascular dynamics underpin the information recorded in functional MRI studies, a clear understanding of the HRF becomes mandatory to validate our interpretation of this type of experiment.” 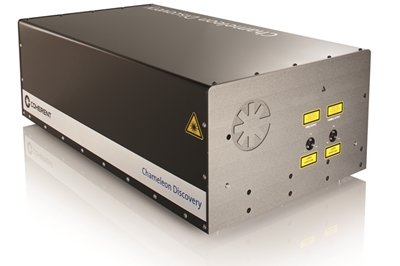 Blinder continues: “So much for the biological motivation. But while building a fast volumetric microscope is a challenging engineering feat in itself, we also had to resolve an outstanding technical hurdle: when you attempt to scan through the entire depth of the cortex twice every 5.3 microseconds, how can you tell the depth from which each collected photon was emitted? In other words, how do you turn a list of photon detection times into an actual movie?”

At the core of the volumetric imaging capabilities lays an ultrafast lens produced by the New Jersey component firm TAG Optics, a product that was introduced into multiphoton microscopy just three years ago.

Blinder says that he and his team wanted to overcome some of the limitations of the original implementation by incorporating photon counting and avoiding the need for complex synchronization electronics between the different scanning elements.

PySight's hardware solution is built around a multiple-event time digitizer from Germany-based FASTComTec (the equipment is also known as a multiscaler).

“We really wanted this to be a true ‘add-on’ for any existing microscopes,” Blinder says. “It is enough to rewire your PMT [photomultiplier tube] signals along with timing TTLs from the all three scanning elements into the multiscaler and you are all set.

“We sure hope that this ‘plug and play’ nature of PySight will give rise to a growing user community in neuroscience, bioimaging and single-pixel-imaging in general.”

“As PySight improves the nominal sensitivity of multiphoton [imaging] by using photon-counting, and simplifies 3D imaging over large volumes at unprecedented imaging rates, it should boost the introduction of intra-operative multiphoton imaging into the clinic,” he explains.

Image processing
Reflecting on the main advantages of the open-source approach adopted in developing the tool, Blinder says that he and his team created PySight for rapid multi-dimensional imaging of a living mammalian brain – in other words, keeping track of time-fluorescence changes in x,y, and z directions.

The researcher also confirms that the tool can be extended by exploiting the time-correlated single-photon detection capability provided by the multiscaler. For example, users can synchronize the counter to the laser clock to enable fluorescence lifetime imaging (FLIM). The Tel Aviv team also envisions the implementation of multi-site multiplexing and correction for mis-detected photons.

In terms of the ongoing commercialization of the tool, Blinder says that the PySight software package should be integrated into ImageJ2 [an open source Java image processing program] free of charge permanently.

“We think that some microscope users will also be interested in buying a commercial multiphoton microscope that combines the PySight software package with ultrafast TAG Optics lenses, as well as ultrafast multichannel scalers and conventional microscopy components, providing the user with rapid multidimensional capabilities off-the-shelf,” he says.

“Such a microscope should advance scientific research, and potentially even improve surgical outcome in the clinic.”

Andrew Williams is a freelance writer in Cardiff, UK.