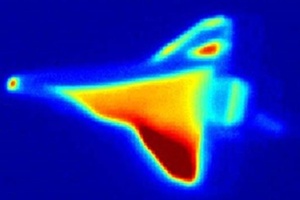 US Secretary of State Hillary Clinton told diplomats to ask the French government to stop infra-red detector (IRD) producer Sofradir selling products that the US believed were falling into Iranian hands. The September 2009 diplomatic cable containing these instructions was one of the many confidential US records published by Wikileaks on November 28. It indicates that the Chinese firm Zhejiang Dali Technology was incorporating detectors made by Paris-headquartered Sofradir and its subsidiary Ulis into military thermal imaging systems.

“We believe Zhejiang Dali Technology Company Ltd, is actively selling its thermal imaging systems to Iranian defense entities,” said the cable, sent to the US embassies in Paris and Beijing. “Iranian military access to Chinese thermal imaging systems that rely on high-grade French infrared detectors could increase the threat to US and allied forces operating in the Gulf region. We want to request the Government of France to act immediately to terminate this activity by Sofradir and Ulis so China cannot use French components to manufacture weapons systems and sell them to Iran, a state sponsor of terrorism.”

Sofradir specializes in mercury cadmium telluride (MCT) cooled IRDs, and claims to have supplied the second-largest volume of second-generation products based on this technology of any company in the world. Meanwhile, Ulis manufactures lower power consumption, high-resolution, uncooled amorphous silicon IRDs.

Control list
Both MCT and amorphous silicon detectors allow night-vision and heat-seeking capabilities, and hence are used in many military target detection and reconnaissance applications in manned and unmanned aircraft, tanks and submarines. For example, they can be used in advanced targeting pods that allow aircraft to identify their targets from a safe range. As such, IRDs are controlled under the Wassenaar Arrangement on export controls for conventional arms and dual-use goods and technologies. France and the US both participate in this arrangement, whose control list includes an entire chapter on laser and sensor technologies, but China does not.

Based in the eastern Chinese city of Hangzhou, Zhejiang Dali Technology seems an unlikely accomplice to Iran. It advertises its thermal imaging products for civil applications, such as firefighting and industrial temperature measurement, alongside its second specialty, digital video recorders (DVRs). However, it specifically highlights that its D780 Series thermal imaging module incorporates an uncooled FPA microbolometer detector supplied by Ulis. Zhejiang Dali Technology says that this module in particular can be customized to meet different application requirements, a promise destined to set off alarm bells for the US. 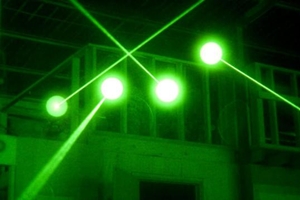 “Diversion of the subject components could be harmful to our shared national security interests,” the Clinton-signed cable instructed diplomats to warn France. “If these IRDs were included in the optical targeting mechanism for tanks and air defense systems, they could potentially be used to degrade US superiority in night combat operations. We ask that you carefully consider the consequences of such sales.”

Since the cable requested a report-back within seven days, these political issues seem likely to have been resolved by now. However, barring more leaks, any further information on the situation looks set to remain shrouded in secrecy. optics.org invited Sofradir to respond to the information contained within the leaked cable, but the company declined to comment.

Andy Extance is a freelance science and technology journalist based in Exeter, UK