US and Australia set up $50M solar collaboration 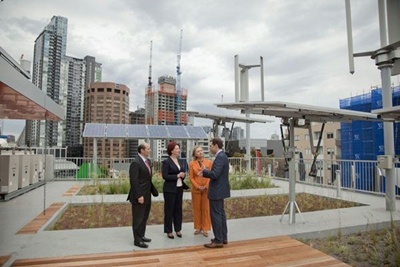 The US and Australian governments have established a new joint initiative aimed at reducing the cost of solar power, to make it cost-comparable with conventional sources by 2015.

The new US-Australia Solar Research Collaboration was jointly announced by Australian Prime Minister Julia Gillard and US Secretary of State Hillary Clinton in Melbourne, Australia, on November 7. It is part of a wider collaborative effort by the two countries on science and technologies relating to clean energy.

Gillard said that the ambitious initiative would be supported with “up to” AUD$50 million($50.8 million) in funding from the Australian Federal Government, with a focus on new photovoltaic technologies that offer paths to significant cost reductions.

In a speech to launch the initiative, Clinton acknowledged that the agreement had in part been sparked by frustrations at the lack of progress made during last year’s Copenhagen conference on climate change: “Rather than just waiting for global agreements, we have decided, between our two governments, to take steps on our own,” she said.

“We have a common goal of making solar energy competitive with conventional sources by the middle of this decade, 2015,” Clinton added. “The good news is that the price of photovoltaic modules have dropped about 50 per cent in the past three years. But to meet our goal we have to drive the price down even more.”

New jobs
“We need to spark a global cleantech industry. And that will help our economies grow by creating tens of thousands of new jobs, give us viable alternatives to fossil fuels, and reduce our dependence on foreign sources of energy,” Clinton added, although she did not outline any specific US funding for the project, aside from a $0.5 million grant from the State Department to the Global Carbon Capture and Storage Institute, which is co-funded by Australia.

Gillard echoed the sentiment that one of the greatest barriers to broader commercial take-up of solar power is its high cost, saying: “That is specifically what this joint research initiative will address. The project is part of an aggressive effort to bring the sales price of solar technology down by two-to-four times.”

The Australian Solar Initiative (ASI), part of the CSIRO Energy Centre in Newcastle, New South Wales, will manage the AUD$50 million funding provided. The collaborative efforts with the US will include laboratory exchange programs, information exchange on specific development projects and joint funding of projects to develop new solar technologies.

ASI executive director Mark Twidell welcomed the initiative, and outlined some of the specific technologies that might enable the desired cost reductions. These include hot-carrier solar cells – an approach that is expected to improve cell conversion efficiencies through the use of nanostructured materials, and one that has been pioneered at Australia’s Special Research Centre for Third Generation Photovoltaics. Since the US National Renewable Energy Laboratory (NREL) has a strong capability in materials and device collaboration, this is viewed as one likely area of collaboration.

Technological priorities
Another specified area is dual-junction silicon cells, where the development of a cost-effective top cell that could be directly deposited onto a conventional cell could significantly improve cell efficiency. This could include non-silicon materials such as kesterite (Cu2ZnSnS4), which is lattice-matched to silicon. 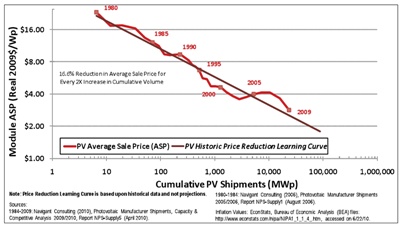 Although not directly part of the US-Australia discussion on solar technologies, the development of novel materials that are not based on rare-earth elements provides sub-text to the headline agreements and collaborations. In interviews with the Australian media, Clinton acknowledged concerns over the near-monopoly that China has in supplying rare-earths, and pointed out that both the US and Australia have significant rare-earth deposits that ought to help address that problem.

For the solar collaboration, cell measurement and characterization is also seen as a key area - and one that is in need of international standardization. “The development of international codes and standards in this regard is essential,” said the ASI, “especially when one considers the fact that small differences in efficiency, when multiplied over megawatt-scale arrays, can equate to very significant financial ramifications.”

“Teaming the experts at Australian institutions with those at NREL would help to develop the types of collaborations needed to ensure the international consensus which will be necessary in realtion to cell efficiency measurements.”

Mike Hatcher is the Editor in Chief of optics.org.