The German laser and optics company sees a strong rise in orders, as the positive impact of earlier cost-cutting measures is felt on the bottom line. 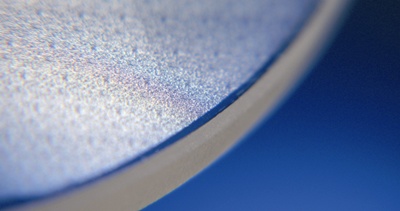 Jenoptik delivered pre-tax earnings of €9.3 million in the third quarter of 2010, while order patterns suggest that the German company is on track for a significant improvement in 2011.

The positive outlook is in keeping with a recent outpouring of optimism from many of the world’s leading photonics technology firms, including fellow German laser companies Trumpf and Rofin-Sinar, as well as Coherent, Newport and IPG Photonics in the US.

Reporting the latest quarterly results, Jenoptik’s chairman Michael Mertin said: “We have seen a significant improvement both in the group’s business and financial situation.” Mertin highlighted that company’s lasers and optical systems division was the main reason for a rise in total quarterly sales to €134 million. That was largely the result of a resurgent semiconductor market, although demand from the medical sector also made a strong showing.

Lasers and optical systems contributed €44.4 million to the quarterly total, but perhaps the biggest reason for optimism is revealed by a strong increase in orders, which are up nearly 40 per cent on the 2009 position across the whole company.

Growing backlog
For the first nine months of 2010, the division has now recorded sales of €137.3 million, up nearly 25 per cent on the equivalent 2009 figure and delivering a significant chunk of the company’s overall profit. Jenoptik says that the recent high level of demand from the semiconductor market looks set to be maintained, while a major order for medical lasers will extend out into 2012.

The order backlog for the lasers and optical systems segment stood at $93.3 million as of September 30, up from €72.8 million at June 30 and €59.9 million at the beginning of the year.

In the latest quarter, Jenoptik said that orders for diode lasers rose strongly, but that its laser processing business unit had seen weak demand. The optical systems division in particular is benefiting from the strong semiconductor industry boom, while new machinery for producing infrared optics and a streamlining of its optics activity in the US also yielded benefits.

Jenoptik recently agreed to sell its subsidiary company Jena-Optronik, which is focused on aerospace applications, to EADS Astrium, as part of the ongoing consolidation within the European aerospace industry. The sale of the 131-person unit is expected to complete in the final quarter of this year, assuming that it is approved by anti-trust authorities.

Overall, the Jenoptik group now expects total sales of €500 million for 2010, confirming earlier guidance of €475 million to €500 million. For 2011, the company says that it expects further organic growth, while the debt position on its balance sheet will be improved by the sale of Jena-Optronik, after which Jenoptik’s net debt should fall sharply to less than €100 million.