As the competition hots up, new Osram Opto Semiconductors CEO Aldo Kamper says that the LED revolution is only just beginning. 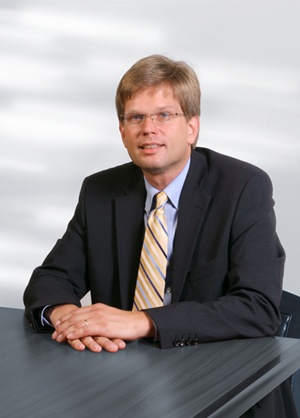 For more than twenty years, Osram Opto Semiconductors’ founding CEO and long-term leader Rüdiger Müller has shaped the company into the top-tier optoelectronic device manufacturer that it is today. But with Müller’s retirement in early October began a new chapter in the company’s history, under his successor Aldo Kamper.

Müller was first put in charge of the LED and infra-red semiconductor business of German engineering giant Siemens in 1988 – when Kamper was still a teenager. Then in 1999, Müller oversaw the integration of that business with Siemens' subsidiary Osram, to take advantage of its lighting expertise, becoming CEO of the newly-formed Osram OS.

Ever since, the company has been at the forefront of the growth in LED demand, mainly in illuminating ever larger LCD displays. “Dr. Müller has done a wonderful job in managing the company for many years and has clearly established Osram Opto Semiconductors as one of the leading players in the semiconductor industry,” Kamper tells optics.org. “I am delighted that I have the opportunity to build on this solid platform.”

Kamper is himself an Osram OS veteran, having held executive positions in automotive and visible LEDs between 1999 and 2006, after starting his professional career at Osram in 1994. Although since then he has been executive vice president and general manager of specialty lighting at Osram Sylvania in the US, he nonetheless still carries an ingrained understanding of the importance of the LED.

“It’s no secret that the LED industry expects strong growth in the market, from which we shall certainly benefit,” he says. “However this large and appealing market will attract new and extremely strong competitors. My objective is to keep Osram OS at the forefront of the industry.” Osram as a whole already makes 20 percent of its overall sales from LED products, Kamper notes.

From this position, and as a well-established lighting company, he says that Osram is uniquely positioned to take advantage of the enormous opportunity for growth presented by LEDs in general illumination. “The challenge is to make full use of this opportunity and to develop products in close co-operation with our partners and customers that will be unique and therefore extremely successful.”

Race for the prize
That opportunity has already seen a number of major new competitors emerge, adding to the challenge faced by established players, Kamper notes. “The high growth rate of our market has attracted a number of new and serious players, and we also see that countries like China are aggressively pushing their solid-state lighting agenda to reduce their energy usage,” he points out.

“That will create interesting dynamics as new players are trying to find their place in the market. At the same time, we see that in many of the new segments ‘old’ values like reliability in both products and relationships still play a major role. The good thing is that the demand increase is derived from a number of large, high-volume applications – LCD backlighting, solid-state lighting, and automotive just to name a few – whose life cycles complement each other. With this, solid long term growth seems a viable outlook.”

To compete successfully and take full advantage of this growth, Kamper believes that Osram OS must exploit its experience and stability, but perhaps most importantly its customer focus. “What sets us apart from the rest is our intense interest in the applications of our customers, the specific challenges they face and our ability to identify ways in which we can solve problems together,” Kamper says. 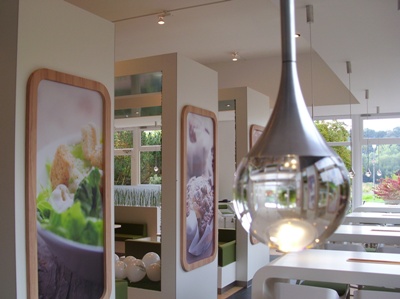 “This is how we develop very close customer relationships and this is also how we find out early what needs to be developed to make our customers – and therefore Osram Opto Semiconductors – successful in the future.”

Once these innovations are realized, Osram OS benefits from cross-pollinating technologies and applications, Kamper adds. “For example, our thin-film platform spans the whole range from InGaAsP and InGaN visible LEDs to infrared emitters, where we dominate the high-power segment for applications like 3D TV infrared transmissions and CCTV night illumination,” he says.

Future markets
Although general lighting is an obvious focus for a subsidiary of one of the world’s top-three light-bulb makers, Kamper says that its strategy for 2011 also includes using its customer focus to successfully define and penetrate new application segments. These include LEDs and lasers for embedded projection, automotive forward lighting – in particular daytime running lights and full LED headlamps - and new sensors for mobile applications.

Kamper predicts that the company's infrared and laser businesses will continue to grow solidly, based on good demand from consumer, safety and industrial applications, although these markets are far smaller than that for high brightness LEDs.

When it comes to general lighting, organic LEDs are at a much earlier stage of development than their inorganic counterparts, but this is a technology that commands great attention. “Osram is a forerunner,” says Kamper of the company’s OLED work. “We are bringing this technology out of the R&D stage into pilot production at the moment, and we see a lot of interest, especially from the design community,” the CEO explains. “[But] it will take a number of years for this technology to become mass-market.”

Yet while the HB-LED industry grows into a giant by comparison to these emerging sectors, Kamper still feels that it is a market in its infancy. “I don’t look at our industry as a maturing one yet,” he says. “Technology is still developing rapidly. The industry still is on a growth curve in terms of brightness, efficacies and color control. There is still room for improvement in terms of productivity, thereby reducing cost per lumen.”

This leaves plenty of room for the market to expand further, Kamper asserts. “With this ongoing trend toward higher performance, lower cost LEDs, many new applications will open up within general lighting. And others are expanded - for example within automotive – so in this sense, we are still in the growth phase. I expect that the creativity that we will unleash in the market based on advances in LEDs will keep us there for years to come.”

Andy Extance is a freelance science and technology writer based in Exeter, UK.