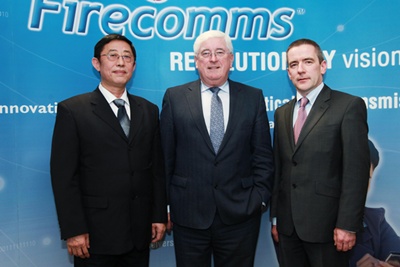 Ireland’s economic difficulties have dominated the news in recent days, but a photonics company based in the southern Irish city of Cork is celebrating, thanks to the growing market demand for plastic optical fiber (POF) technology in China.

Firecomms, which specializes in POF transceivers based on visible-range resonant-cavity LEDs and VCSEL components, says that its engineering team will grow from 18 to 30 people over the coming year, as a direct result of its acquisition by China’s ZJF Group.

According to Firecomms, the buy-out by ZJF, which also develops and manufactures POF-based systems and solutions, will guarantee an additional €5 million investment in research and development that will allow an expanded R&D roadmap, which will also be supported by the Irish development organization IDA Ireland. As well as adding to the company’s operations in Cork, the deal will also drive an expansion of Firecomms’ mainland China operations.

The company added that it does not intend to change any of the existing semiconductor epitaxy or device processing partners that manufacture the Firecomms VCSELs and resonant-cavity LEDs, which includes a strong relationship with the UK-based epi foundry IQE.

"None of the existing Firecomms operations will be transferred to China," said the fab-less company, pointing out that most of its assembly partners are already based in Asia. "We will, with time, be consolidating some of our out-sourced manufacturing under the ZJF umbrella to drive down costs as we ramp volumes."

Declan O’Mahoney, the Firecomms CEO, welcomed the change in ownership, and pointed out that China has become a natural base for the company. “For some time now, mainland China has been our largest market,” he said.

ZJF, which with 3000 employees is a key player in the growing sector, bought out existing venture-based shareholders including Atlantic Bridge, Swisscom Ventures and ACT Venture Capital, as well as Enterprise Ireland. Brian Long from Atlantic Bridge declared himself “very pleased” with the outcome, saying that it positioned the company for further growth in the world’s largest market for POF-based systems – although financial terms of the deal were not disclosed. 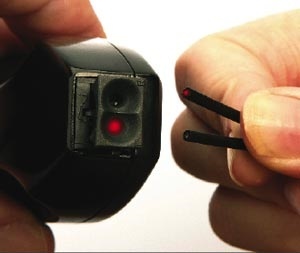 Political backing
Meanwhile Xuping Zheng, the chairman of ZJF, elaborated on the reasons for the momentum behind POF in mainland China right now. “Our acquisition of Firecomms is driven by the recent decision by various provincial governments to classify POF as a major construction focus across China.”

That political momentum is driven partly by the environmental credentials of POF technology, and partly by the impracticalities of deploying copper cables over an area as large as China. According to Zheng, delivering the necessary communications infrastructure using traditional copper cables would result in the emission of “more than one million tons of CO2”.

Moreover, as Zheng explained, it would demand more copper than even China is able to supply. “China is already the largest manufacturer of POF, and we are combining those huge resources with Firecomms’ leading technology.”

O’Mahoney adds that the cost of POF transceivers and systems will fall as a result of the deal, which should aid the development of a market that is already growing quickly. “This increased investment in R&D, coupled with access to the broad resources of the ZJF Group, will be hugely advantageous for our customers,” said the CEO.

Batt O’Keeffe TD, Ireland’s Minister for Enterprise, Trade and Innovation, welcomed news of the deal amid the country’s wider economic concerns, and hinted that Ireland would be looking to the high-tech sector to provide some of the impetus that will be required to pay off its huge loans. “The acquisition demonstrates the global appeal of the Irish high-tech sector,” said O’Keeffe. “Our economic recovery is anchored in continued strong export growth and a thriving foreign direct investment sector.”

• December 2007: Launches gigabit-speed (up to 1.25 Gb/s) POF transceiver based on VCSEL components

• January 2009: Closes $5 million funding round with Swisscom and Alps Electric

• May 2010: POF market estimated to be worth over $2.5 billion (source: Information Gatekeepers)