QinetiQ under fire amid photonics cuts

Leading figures say that cuts to the technology services company's historic Malvern site will have a severe impact on the UK's photonics technology base, and hurt the economic recovery. 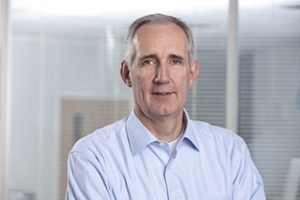 Cutbacks to photonics projects being implemented by UK technology group QinetiQ will have a devastating impact on the country's expertise in optics, and hurt the wider economy in the long-term, say critics of the company's restructuring plans.

QinetiQ first announced that it would be "streamlining" its business in July, in the light of declining revenues from research projects funded by the UK's Ministry of Defence (MOD) and the likelihood of more cuts in the future.

When the company subsequently announced further cuts in early August, the Prospect trade union, which represents 2000 QinetiQ workers, said that a quarter of QinetiQ's 6000 UK employees were now at risk of redundancy following a statutory 90-day consultation period.

Leading figures in photonics, including the highly respected academic Sir Peter Knight from Imperial College, London, and SPIE executive director Eugene Arthurs are among those to criticize the moves as "short-term expediency" that will damage the UK's photonics infrastructure irreparably.

Crown jewel
optics.org has since learned that the cuts to QinetiQ's Malvern operations - historically referred to as one of the "crown jewels" of the MOD's technology base - will have a severe impact on photonics research, which is being reduced "substantially".

While reducing its overall workforce by approximately 12 percent, optics.org understands that QinetiQ will disproportionately shed its senior scientists: more than half of its "Senior Fellows" are expected to be laid off, along with a quarter of its "Junior Fellows". When contacted by optics.org, QinetiQ went some way to confirming this, saying: "The employees at risk are principally in management roles where we are removing duplication."

The company responded to accusations that its decisions were primarily being made for short-term gain by saying: "The MOD research budget has halved in the last 15 years and is coming under significant pressure today, declining by £100m over the past two years. As a result, some employees are also at risk with specialist skills in the disciplines that are no longer in demand by our MOD customer."

QinetiQ declined to specify which photonics-related projects would be impacted by or protected from the cuts, although it is understood that certain optronics projects that are currently profitable will be saved. 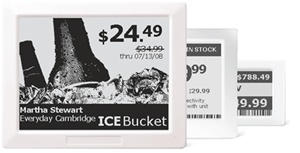 Damage to UK photonics
The threat of the QinetiQ cuts and their potential damage to the UK's photonics infrastructure was highlighted by Arthurs in a letter to senior UK politicians Vince Cable and David Willetts last month. In the letter, the SPIE executive director stated: "I believe that this is short-term expediency and will greatly damage an important UK strategic asset."

"The knowledge base that has been built up through the work of various teams at Malvern represents a key component underpinning the UK's future potential in electronic and optical technologies with growing market potential. The value is easily destroyed and so difficult to build that it deserves to be described as irreplaceable."

That sentiment has since been echoed by Knight, who said that news of the impending cuts at Malvern came "out of the blue". Knight told optics.org that the optoelectronics activity at Malvern has been a flagship of UK applied science, citing key technological breakthroughs in liquid-crystal displays and III-V electronics.

Commercial significance
Key photonics technologies under development at QinetiQ Malvern that Knight says will soon be of commercial significance include plasmonics and meta-materials - where QinetiQ has world-leading expertise - while technologies closer to market that will be impacted include terahertz imaging and photovoltaics. Knight believes that an investment of as little as £10 million per year could be sufficient to safeguard a knowledge base that would repay that investment many times over in the future. 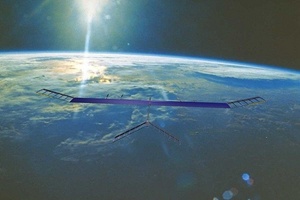 While the UK government is thought to be unlikely to step in directly, one potential solution now under discussion is the possibility of adapting the QinetiQ operations in the form of a technology innovation center. Initial discussions on this topic with Willetts, the UK's Minister of State for Universities and Science, are thought to be encouraging.

However, the time that would be needed to set up such a solution is far longer than the timescale being pursued by QinetiQ's management. In line with the 90-day consultation period, senior staff are likely to be laid off by the company in mid-October.

And while Knight has some sympathy with the difficulties that face QinetiQ, he describes the speed at which events are now unfolding as "very worrying".

What impact do you believe the cuts being implemented by QinetiQ will have on the UK's optics and photonics capability, and what should be done to preserve the assets under threat? Send your thoughts to the Editor, Mike Hatcher, at mike.hatcher@optics.org.