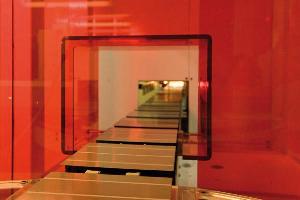 Ellomay Capital, an Israeli company with little history in the photovoltaic sector, has followed up its initial foray into the Italian market for solar energy with an additional EUR5.6 million investment.

The company, formerly a supplier of wide-format inkjet printers, has signed a deal with an unspecified Italian contractor to provide two additional photovoltaic plants in the Marche region of the country, each providing a peak output of 750kW.

Ellomay, which says that it already has two similar plants under construction in the same region, revealed little about the nature of the plants, except that the newly-funded pair will feature tracking technology to make the most of the Italian sunshine.

The company – previously known as NUR Macroprinters – sold its printing business to Hewlett-Packard in February 2008 for a small sum, and has since described itself as “a shell company whose current plan of operations is to identify and evaluate suitable business opportunities”.

In its most recent accounts, Ellomay listed $75.5 million of assets in cash and cash equivalents, and its latest move highlights the attractiveness of the Italian photovoltaic market right now.

With a generous feed-in-tariff (FIT) and the benefit of clear skies and Mediterranean climate, Italy has long been viewed as one of the ideal locations for photovoltaics to prosper. 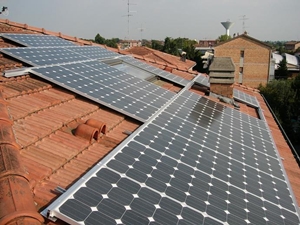 In its latest market analysis and forecast, the European Photovoltaics Industry Association (EPIA) concluded that 730MW of photovoltaics was installed in the country during 2009, and that figure is expected to grow beyond 1GW this year.

Those figures are echoed by Stefan deHaan, a market analyst covering the PV sector for iSuppli. According to deHaan’s analysis the 2009 figure stood at 720MW, and he expects a near-doubling of the Italian PV market this year to 1.3GW, and a market worth 3.3GW in 2012.

The reasons are two-fold. One is that Italy has traditionally suffered from high electricity prices, compared with much of Europe. The country’s energy supply remains almost entirely based on fossil fuels, and following a decision to stop working on nuclear energy following the Chernobyl accident in the 1980s, much electricity is imported from its neighbors.

The resulting high unit price of electricity makes PV much more competitive to begin with – couple that with some generous FiT rates and the attractiveness of the Italian market starts to become clear.

“The investment conditions are excellent at the moment,” said deHaan. “Actual installation capacity should be around 100-200MW per month, and it can be ramped quickly.”

At the moment, it is only the slow local permit system that is putting the brakes on PV growth in Italy.

With more than 1GW of cumulative installations in Italy, the country’s FiT structure is now expected to become less generous, however. “It means that the current FIT law (2. Conto Energia) will be valid until May 2011. After that, a new law (3. Conto Energia, which still needs to be defined) will become effective,” explained deHaan.

“We expect an FiT reduction of 20-30%,” added the analyst. “This is significant, but it won’t hinder further growth. The investment conditions remain very good and this is the main reason for our bullish outlook.”

With the budget crises now impacting much of the Mediterranean, it is tempting to worry that Italy may follow Spain from solar boom to bust: with 2.6GW installed in 2008, Spain represented the single biggest market for PV – beating even Germany – but in 2009 that fell to near-zero after a government cap was hastily arranged.

Such worries are unfounded, reckons deHaan: “The budget crisis in Italy constitutes some risk, of course. But the historical growth curve of the Italian market is much more sustainable than that of Spain.”

“Even in the boom year 2010 we expect only half of the installations that Spain saw in 2008. Grid parity in Italy plays another role. The Italian PV market is already less dependent on support than the Spanish one, with its low electricity prices.”

Another important factor is the existence of strong Italian utility companies such as ENEL and ENI, both of whom are extremely active in PV. During Spain’s boom period, the market was far more fragmented in comparison.