Pantec Biosolutions receives a CE mark in the EU for its needle-free painless laser injection system. 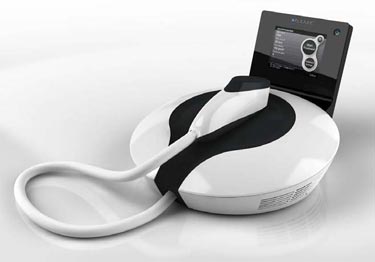 There are many people in today's society who would describe having an injection as uncomfortable but necessary. Now, thanks to a Liechtenstein-based company called Pantec Biosolutions, the days of using needles to deliver drugs through the skin could be coming to an end – at least for some applications. The company has just received a CE mark in the EU for the professional version of its transdermal drug delivery platform called P.L.E.A.S.E., which stands for painless laser epidermal system.

"P.L.E.A.S.E. has demonstrated its clinical utility and we are delighted to have a CE mark that will allow us to make the technology widely available in the form of the P.L.E.A.S.E. Professional," Christof Boehler, CEO of Pantec Biosolutions, told optics.org. "This device will unlock therapeutic areas with a high unmet need for easy-to-use, efficient, and painless application of biologicals. We plan to start a further clinical studies looking at a variety of applications in the coming months."

Pantec was founded in December 2005 by a team of entrepreneurs, doctors, scientists and engineers with the goal of replacing needle-based therapies with a transdermal alternative. The company has now developed two systems: the P.L.E.A.S.E. Home and the P.L.E.A.S.E. Professional. The Home system is handheld and battery powered, while the Professional is a table-top unit.

Both systems use a patent-pending highly miniaturized diode-pumped Er:YAG laser system. "The laser is pulsed to minimize the thermal impact during skin ablation," commented Boehler. "The wavelength needs to be highly absorbed by water so we chose Er:YAG with its emission wavelength of 2940 nm. It allows precise intra-epidermal microporation and transdermal drug delivery of new or existing drugs. It is a class 1 laser system so requires little maintenance and clinicians using it have no need for safety protection."

The company's first target application is female infertility treatment, where subcutaneous and intramuscular hormone injections would be replaced with drug patches containing the same hormones. Before the patch is applied, a small site on the skin in pre-treated with the P.L.E.A.S.E. laser system, a process which Boehler says takes a few seconds. The patient would then receive a P.L.E.A.S.E. Home system for the duration of the treatment period, and repeat the process on a daily basis whenever a patch needed to be applied.

"A second large area is dermatology, where we hope to develop better ways of treating non-melanoma skin cancers," said Boehler. "The P.L.E.A.S.E. Professional is a portable table-top unit that can run in a clinic or doctor's office. We are currently finalizing the launch plan for P.L.E.A.S.E. Professional with the goal to sell devices in the dermatology field in 2011."