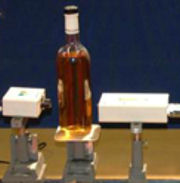 Accurate identification of liquors is important to distinguish between genuine and counterfeit brands, to check if particular samples have been diluted and to monitor batch variability. A team from the University of Liverpool has employed a method based on chromatic monitoring to study the broadband absorption spectra of several alcoholic beverages and applied it to a number of samples of Scotch whisky. (Meas. Sci. Technol. 20 025304)

"Chromatic monitoring is concerned with addressing signals with at least three filters whose responses overlap," Anthony Deakin of the University's Centre for Intelligent Monitoring Systems told optics.org. "An important advantage of this approach is that such systems with overlapping detector responses can distinguish between a large number of distributed spectra in a simple, efficient and economic manner. It also has a high level of traceability, for example easily distinguishing intensity-based discrimination from other signal features."

This method has already been demonstrated for a variety of different liquid monitoring applications, including aviation and automobile fuels and biological fluids, by selecting overlapping filters appropriate to each situation. "For the present study, the responses of the three overlapping filters employed were adjusted to maximise the distinction between liquors," said Deakin.

The team reanalysed a number of previously published spectra of alcoholic beverages to show the capabilities of the chromatic technique. It also carried out a new analysis of 13 samples of Scotch whisky. The spectra were mathematically processed to yield three chromatic parameters which could represent the signature of each spectrum: its dominant wavelength (H), the nominal signal strength (L) and the effective spectral width of the signal (S). 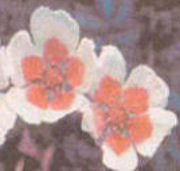 Results showed that the spectra of the 13 whisky samples were distinguishable from each other by the correlated values of the dominant wavelength and nominal signal strength (H-L) of the normalized raw spectra, and the correlated values of the dominant wavelength and effective spectral width (H-S) of their difference spectra. Grouping of brands was also apparent. Having three such distinguishing parameters means that cross-correlation of their values strengthens the discrimination between similar samples without reliance upon the absolute intensity of the spectra, which can be prone to error.

"The results were obtained with a bench-top system to prove the principles involved," commented Deakin. "It is quite suitable for use as a laboratory instrument. However the technology could be deployed in a portable form for field use. A prototype system based on a laptop computer which produces its own controlled illumination and uses a webcam for producing chromatic signatures directly has already been assembled and tested."