The advantages of fibre-optic sensors are said to include their potential to be lightweight, small in size and offer high sensitivity. In practice, however, limitations in performance and usability have prevented them from becoming widespread in demanding sectors such as the oil and gas industry, and their cost has been a barrier in markets where affordability is critical.

The laser source is a key part of the fibre-optic system and often determines the performance and cost of the sensing system. Redfern Integrated Optics (RIO) has developed a new laser source technology called PLANEX, which could allow optical sensors to break into these sectors as well as a range of other new markets. 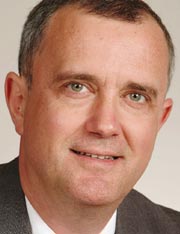 "Both of the two existing commercially viable designs of lasers for fibre-optic sensors have their limitations," commented Radu Barsan, CEO of RIO. "Semiconductor distributed feedback lasers (DFB) do not satisfy the requirements of linewidth, phase noise and wavelength stability needed for efficient sensing," he said. "At the other end of the scale, fibre lasers are very sensitive to environmental conditions, like vibration and temperature, as well as being extremely expensive, high maintenance and power hungry. And there's nothing available in between these two extremes. What PLANEX does is bridge the gap." 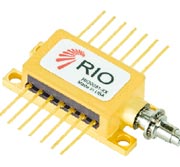 Planar lightwave circuit
PLANEX employs an external cavity laser (ECL), in which the cavity includes a semiconductor gain chip and a Bragg grating inscribed in a planar lightwave circuit (PLC) waveguide. The Bragg grating on the silica-on-silicon PLC determines the wavelength of the ECL, which in the first PLANEX devices is 1550 nm. RIO claims a linewidth of less than 5 kHz for the laser.