Nanolaser tunes in excess of 100 nm

Charles Lieber tells optics.org how new levels of control have led to nanowire lasers capable of emitting between 365 and 494 nm. 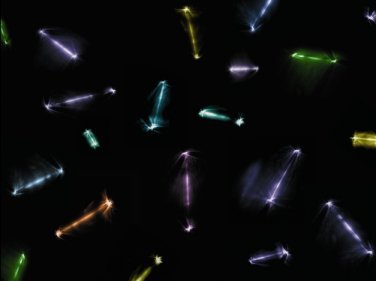 Independent optimization of the core and the shell of a multi-quantum well (MQW) nanowire laser leads to an unprecedented level of control and tunability over these tiny sources of laser light. That's according to researchers in the US who see this as a step towards free-standing injection nanolasers (Nature Materials doi:10.1038/nmat2253).

"Our work represents the first synthesis of concentric MQWs surrounding the nanowire core," Charles Lieber of Harvard University told optics.org. "These MQW structures represent an unprecedented level of structural complexity, and importantly enabled us to separately investigate two key components of a nanowire laser: the cavity and gain medium."

Although nanowire lasers are not a new concept, all previous studies have concentrated on homogeneous semiconductors such as gallium nitride (GaN). This means that the laser wavelength is dictated by the material's bandgap, and there is no way to design and tune properties of the laser. 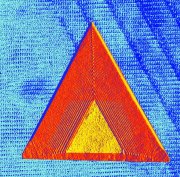 In contrast, the sources developed by Lieber and colleagues consist of a GaN nanowire core that acts as the optical cavity surrounded by InGaN/GaN MQW shells that serve as a composition-tunable gain medium. Varying the indium content tunes the emission wavelength from 365 nm through to 494 nm, with all devices operating at room temperature.

"We have focused on one issue at a time, and this has enabled us find the best structures efficiently," explained Lieber. "The purpose of decoupling the gain medium and the cavity is not to separate but to combine the best respective solutions."

"More quantum wells resulted in a lower laser threshold," commented Lieber. "This is due to better coupling between the gain medium and resonant modes, which subsequently lowers the threshold. We believe that lasing could be achieved with fewer QWs, given optimized cavity structures."

Second, they believe that electrical excitation is feasible. "We are working on the combination of MQW and dopant modulation in a single nanowire to achieve an injection laser," said Lieber. "A few fundamental issues need to be addressed to achieve this goal such as reducing cavity loss via optimizing the nanowire structure. We are very optimistic about this direction based on our excellent control of nanowire structure and composition."

In the long term, Lieber says that a specific milestone will be the successful demonstration of electrically driven, multicolour, low-threshold nanolasers arrays, and their application in heterogeneously integrated optical-electronic chips.