Veteran LED technologist and Lumileds CTO George Craford wins an Economist innovation award, and believes that the company now understands the root cause behind a long-standing problem in high-power InGaN LEDs. 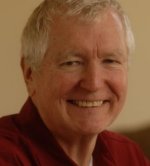 George Craford, one of the world's best-known names in LED technology development, has won the 2007 Economist Innovation award for Energy and the Environment.

Currently CTO at leading LED company Philips Lumileds, Craford has been working in the field for the past forty years, and was previously at Monsanto and Hewlett-Packard.

Tom Standage from the Economist said that pioneering work by Craford and Roland Haitz meant that "the proportion of human energy consumption attributable to lighting will finally go down".

Receiving the award at London's Science Museum, Craford said, "It is wonderful to think that my work and that of my colleagues has helped to create a practical replacement to conventional lighting, that is both energy-efficient, and that can significantly reduce the impact of lighting on the environment."

But Craford acknowledges that there is still plenty more work to be done on the innovation front before LEDs take over in any meaningful way for general lighting.