• Xerox has reported its fourth-quarter 2006 earnings. Revenues exceeded the company's expectations and, in particular, color technologies and services fueled growth. Total revenue of $4.4 billion grew 3% in Q4. Post-sale and financing revenue, which represents about 70% of Xerox's total revenue, increased 5%, which included favorable currency conditions. The company had gross margins of 41% and operating cash flow of $720 m in Q4 ($1 billion for the full year).

• MicroEmissive Displays Group, the London Stock Exchange AIM-listed developer of low power light emitting polymer displays, has signed a £2 million deal to supply its technology to an unnamed manufacturer of consumer products in the Far East. In addition, Bill Miller, CEO of MED said, "Securing volume orders is vital if we are to achieve our target of becoming cash generative by the end of 2007 and this contract is a positive start to our order book."

• Optiwave Systems, a developer of waveguide optical component and system design tools, and Zemax Development, a provider of lens design and illumination simulation software, are to jointly create a new interface to enable Optiwave and Zemax users to import and export their proprietary file formats between each platform. It will appear in the next version of OptiBPM and Zemax's software.

• Discovery Semiconductors has developed high optical power handling, 12 GHz InGaAs photodiodes for the optoelectronic group of the Institut d'Electronique, de Microelectronique et de Nanotechnologie in France, specifically for its research into opto-electronic oscillators. The opto-electronic oscillator is a special class of oscillator that is based on converting continuous light energy from a pump laser into RF signals. The work was partially funded by the European Space Agency.

• JMAR Technologies, a developer of advanced laser, high resolution imaging and photonics technologies, has hit what it calls the "50 nm resolution milestone" targeted in the development of its compact soft X-ray Microscope (XRM). The XRM bridges the gap between optical microscopes, which are typically greater than 200 nm resolution, and transmission electron microscopes that resolve feature sizes as small as 0.1 nm. Key features include the ability to provide full 3D topographic reconstructions of whole cells.

• IPG Photonics also announced that it received an order from a "tier one" automotive supplier for ten 1,000 W fiber lasers used to cut hydroformed parts. The units are expected to be delivered in the first quarter of 2007. "Our customer decided to retrofit its robotic cutting cells because of the lower labor, parts, electrical and maintenance expenses associated with IPG's advanced kilowatt fiber lasers," said Bill Shiner, Director of Industrial Markets.

• AOFR, a supplier of fused couplers, has launched a range of "clean fusion laser power combiners" for use in fiber laser systems. As fiber lasers move from the laboratory into real world applications, reliable power combining components are critical to making this transition happen, the company says. AOFR's laser power combiners have undergone rigorous Telcordia GR1209/1221 testing as well as extended high power testing at levels exceeding 10 W per input.

• Growth in the world market for industrial networking is being driven by a significant increase in the use of Ethernet based technologies, according to a new report from IMS Research. The report predicts average annual growth of 13% over the next five years. in terms of nodes installed. Over the same period Ethernet based protocols are forecast to grow at the substantially higher annual rate of 20%. Market analyst John Morse commented, "Of the three market regions covered in the report, Asia-Pacific is expected to experience even higher growth in the use of Ethernet."

• StockerYale a designer of structured light lasers and other photonics-based products, has launched its new circular-polarization-maintaining fibers that are designed to function as sensing fibers in optical current sensors. Optical fiber current sensor technology is gaining ground in the electrical power industry, where it is used in metering, control and protection applications. Lightweight, small-form-factor optical fiber sensors are expected to change the manner in which high-voltage electricity is managed in electric power distribution systems, railways and industry.

• StockerYale has introduced at this week's Photonics West show the Lasiris PureBeam laser, a fiber-coupled diode laser with wavelength offerings from violet to near infrared. Manufactured in a Class 100 clean room environment, the PureBeam laser is a temperature-stabilized device with integrated drive electronics and laser-welded mechanical components. Its thermoelectric cooler helps to maintain a constant laser diode temperature, resulting in optimal wavelength and output power stabilities and long lifetime.

• QPC Lasers has partnered with Northrop Grumman's Space Technology Cutting Edge Optronics for the integration of QPC's high power semiconductor lasers. The integrated semiconductor laser modules and systems were displayed for the first time ever at the QPC exhibit at Photonics West.

More news from Photonics West is posted on the optics.org blog.

• Neuroptix, a Massachusetts-based pioneer in the detection of Alzheimer's disease (see associated OLE story) has announced that it has closed its Series A funding round, for a total of $1.6 million, to help further commercialize the company's diagnostic platform. The investment, led by Launchpad Venture Group, is intended to support continued development of the Neuroptix QEL platform and diagnostic agents.

• Agilent Technologies has announced that Rodney Gonsalves has been named director of its Investor Relations. Gonsalves succeeds Hilliard Terry, who was appointed Agilent VP and treasurer in November 2006. Gonsalves was most recently controller, corporate governance and customer financing, in Agilent's Global Infrastructure Organization. 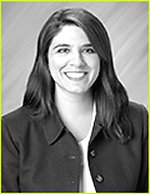 • Melles Griot has announced that Sherie Motakef has been promoted to the position of marketing manager for the Melles Griot distribution group. In this position she is responsible for all aspects of catalog and web marketing to MG's North American and European client base.