By 2010, the fiber laser will have captured at least a quarter of the $2.8 billion industrial laser market, taking share from conventional sources including multi-kilowatt types, says a new market report.

This remarkable shift is just one of the conclusions of a new report from Strategies Unlimited (SU), the optoelectronics market research firm. Fiber laser suppliers can seize market share from sales of solid-state and other lasers in several key laser applications that will see steady growth in coming years, states the Fiber Laser Market Review and Forecast 2006.

To put things in perspective, the industrial market includes sources from about 10 W (for marking, for example) to tens of kilowatts (for welding and cutting metal). Fiber lasers are not competing in applications that employ diode lasers, such as thermal printing or for cosmetic hair removal.

The fiber laser is primarily a substitute for the diode-pumped solid-state laser, but in time it is expected to make further in-roads in other sectors. These will include applications from a few watts for certain sensors, to much higher powers such as the 36kW (fiber) laser that IPG Photonics sold to Mitsubishi Heavy Industries in 2005. The highest unit volumes are found in the low power marking applications, but the price scales with power, so much of the revenue is in the high power end.

In contrast, privately-held IPG Photonics approached the $100 million revenue mark in 2005, making it among the top 10 laser manufacturers in the world. And if business goes well in 2006, it could be among the top five, SU believes.

So will the market see other types of laser company start to develop fiber lasers; or try to buy up fiber laser makers; or even vice-versa? 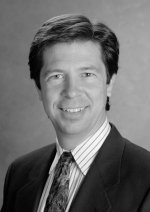 "I can't predict what will happen specifically", says Tom Hausken, director of components research at Strategies Unlimited, "but I am certain that one or more companies will make a move. It is remarkable that IPG is now among the top 10 laser companies in the world, in revenues, and may be among the top five by the end of 2006. JDSU aside, none of the other major laser companies even offers a fiber laser product. It's hard to imagine that they will just stand by and watch this continue."

"The fiber laser is the next generation of laser technology that provides most of the advantages and eliminates many of the disadvantages of the conventional solid-state laser," says Hausken. "However, the machine tool business that these lasers serve is a notoriously cautious industry. The end user isn't impressed with the laser itself, only with what the system can do."