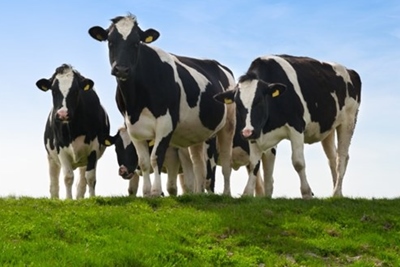 Researchers in Europe are working on a new kind of optical sensor that it is hoped will dramatically reduce costs, wastage and antibiotic use in the dairy industry.

By the end of the €6 million “MOLOKO” (multiplex photonic sensor for plasmonic-based online detection of contaminants in milk) project, the consortium led by Italy’s National Research Council (CNR) in Bologna should have a prototype capable of scanning milk for two proteins and ten different contaminants simultaneously.

They expect that the optical sensor, based around an organic optoelectronic device and surface plasmon resonance (SPR), will take measurements directly on-site at each point of the complex dairy supply chain, delivering results within five minutes.

CNR researcher Stefano Toffanin predicted: “With this sensor system farmers will be given an insight to understand the health of their cows, dairies will be able to make instant judgements about the contaminants in milk, and processors can keep an eye on quality control.”

Versatile sensor
According to the project details registered at the European Commission’s CORDIS web site, MOLOKO officially kicked off at the start of this year, and is scheduled to finish in June 2021. It is funded under the “industrial leadership” element of the Horizon 2020 innovation program.

“The main objective of MOLOKO project is the manufacturing, implementation and validation of a self-managing and automatic miniaturized integrated photonic sensor to be used as process analytical instrumentation for fast-response on-site monitoring of interest analytes for security and quality within milk supply chain,” state the participants.

Among the private-sector partners involved in the project are the Italy-headquartered multinational dairy corporation Parmalat, and Milkline, which specializes in equipment used for milk production.

Technical expertise for the effort comes from the University of Pavia spin-out firm Plasmore, and CSEM in Switzerland, among others.

Said to involve some challenging objectives, the project aims to integrate organic photonics, nanoplasmonics, immunoassay diagnostics and microfluidics within the same device platform.

Specifically, the team is aiming for multiplexed quantitative detection of up to ten analytes - among them antibiotics (penicillin, ampicillin, cephalonium), toxins (including mycotoxins and bacterial toxins), and food quality parameters (for example lactoferrin and caseins) by implementing the opto-plasmonic sensor technology at strategic checkpoints along the entire milk supply and value chain.

“The inherent versatility of the sensor guarantees disruptive effectiveness in multiple real settings applications, i.e. as an automated sensor integrated in a milking machine [or] as a handheld reusable analytical instrument for specialized and non-specialized milk operators,” adds the project abstract.

The effectiveness of the new device will be evaluated by direct comparison to standard analytical methods including commercially available optical biosensors.

Cheese production
According to the team, such tests currently take days to perform, whereas the new sensor will check for the presence of key milk components far more rapidly.

“Our sensor is a multi-parameter tool, based on innovative nano-photonic technologies,” said Toffanin. “It is designed for detecting milk contaminants, and provides an inexpensive, early warning system. This will help the entire dairy industry to save time, millions of euros and gallons of wastage.”

He added: “The ability to monitor milk cheaply and regularly at point-of-care means farmers and [the] National Official Control Body can build up a data profile for animals, tracking health. Earlier intervention by famers and veterinarians can lead to prudent use of antimicrobials and an overall reduction of their use.”

Farmers would also be able to use the new optical sensor system to assist in breeding programs to deliver more valuable milk - for example by identifying cows that produce high-value Kappa Casein B-type proteins, which are critical for curd formation in cheese production.

The SPR technique on which the sensor is based on its sensitivity to binding events occurring on a metal surface that can be detected by a light beam. A change in the reflected light intensity indicates interaction of specific receptors with selected bacteria, toxins, antibiotics and contaminants.

Until now the technology has proved too complex to feature in instruments outside of a laboratory setting, but the MOLOKO team believes that its “unique” integrated sensing architecture will change that.