Integrates all optical components on one chip made using industry-standard fabrication techniques. 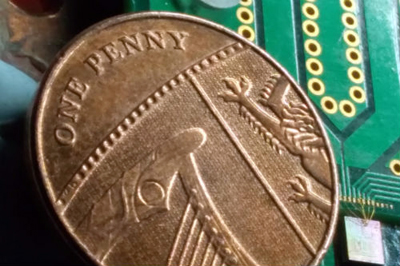 Researchers, led by quantum technology scientists from the University of Bristol, have demonstrated that a chip-based device can be used to generate quantum-based random numbers at gigabit per second speeds.

The tiny device, with a footprint of just one square millimeter, requires little power to operate and could enable stand-alone random number generators and be incorporated into laptops and smartphones to offer real-time encryption, the researchers say.

PhD student Francesco Raffaelli from the University of Bristol’s Quantum Engineering Technology Labs (QET Labs), has led the work, which is presented today in Optics Express.

Raffaelli commented, “Randomness is necessary to secure our communications and the storage of information using data encryption. Physicists have known for some time that the nature of quantum mechanics can make randomness that is not easy to copy and impossible to predict.”

“We designed and tested a chip made of silicon and works using light to do just this. It integrates all the required optical components on one chip that can be made with industry-standard fabrication — this brings the power of quantum randomness much closer to being integrated into our personal computers and our smartphones.”

The researchers use a technique where single particles of light called photons are randomly emitted from a diode laser in such a way that when they enter the silicon chip, a random electrical signal is output, that is impossible to predict. This is a resource that is at the heart of many data encryption techniques.

Francesco added, “Not only is our device little, but it is very fast. The generation rates we achieve are competitive with the generation rates demonstrated in experiments using big and bulky optics that, unlike silicon photonics, cannot be integrated with mass-manufacturable technology.”

This new chip was enabled by developments in using silicon photonics for quantum technology, which continues to be a major activity in Bristol. The motivation is to make quantum technologies, including quantum random number generation, using the same semiconductor fabrication techniques used to make computer processors.

Although the chip contains all the optical components needed for the scheme within one-millimetre square, the researchers used external electronics and measurement tools for testing and analysis that required space in a research lab. The team are now working to create portable devices, about the size of a mobile phone, that contains both the chip and the necessary electronics.

The Optics Express article explains the significance of random numbers: “Random numbers are a fundamental resource in science and technology. Among the different approaches to generating them, random numbers created by exploiting the laws of quantum mechanics have proven to be reliable and can be produced at enough rates for their practical use.

“While these demonstrations have shown very good performance, most of the implementations using free-space and fibre optics suffer from limitations due to their size, which strongly limits their practical use. We report a quantum random number generator based on phase fluctuations from a diode laser, where the other required optical components are integrated on a mm-scale monolithic silicon-on-insulator chip.

“The post-processing reported in this experiment is performed via software. However, our physical device shows the potential of operation at generation rates in the Gbps regime. Considering the device’s size, its simple, robust and low power operation, and the rapid industrial uptake of silicon photonics, we foresee the widespread integration of the reported design in more complex systems.”

Bristol-based KETS has announced a partnership with Kx, a division of First Derivatives, to power its communications technology platform. Kx is a suite of enterprise-level products centered around kdb+, the world’s fastest time series database which has the ability to store and process data at unparalleled speeds using a very small footprint. By using Kx for our quantum encryption products, the partners can provide faster development, rapidly evolve platforms and enhance platform cross-compatibility.