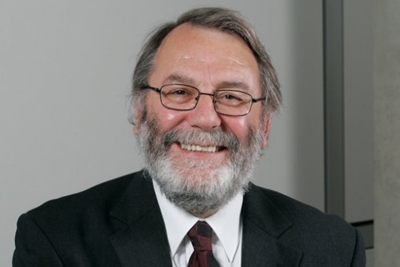 Two of the most influential voices in the UK’s quantum technology sector have told the House of Commons Select Committee on Science and Technology that an early commitment to follow-up funding is critical to retaining the country’s expertise in a globally competitive field.

David Delpy and Sir Peter Knight, respectively professors in medical photonics and quantum photonics, also highlighted the significance of the UK’s photonics industry to the National Quantum Technologies Programme (NQTP) and the wider economy – with Knight telling the committee of elected MPs that photonics contributed more to the UK’s GDP than the higher-profile pharmaceuticals sector.

The two academics, who hold key leadership positions within the NQTP and its industrial strategic advisory board, are asking for £338 million in funding for phase two of the NQTP, following the initial five-year commitment of £270 million that has helped the UK gain an edge an areas like quantum imaging and quantum sensing, amid a global race to develop so-called “spooky” technology and applications.

“This is not a science program, this is a technology program,” Delpy told the committee, which includes Scottish National Party MP Carol Monaghan, who studied laser physics at Strathclyde University. “It builds strongly on an academic base, [but] for the second phase it very much has to be industry-driven. Industry needs to be in the driving seat, but we need to keep funding the basic science.” 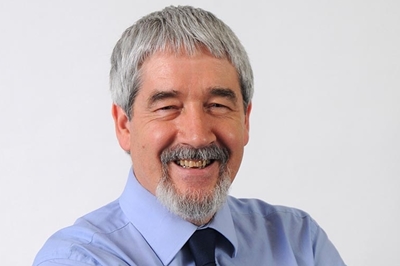 Competitive advantage
Responding to questions from Liz Kendall, the Labour Party MP for Leicester, Knight said that the aim was for the UK to be world-leading in the areas where it currently has an advantage – specifically mentioning quantum imaging, sensing, and computing applications.

“We can’t be number-one in all applications,” Knight added, with Delpy echoing the need for a level of focus, and identify key areas of strength.

During the first phase of the NQTP, that strength has included very close links with the domestic photonics sector. “Photonics is the use of light as the ‘engine’ for quantum technologies,” Knight said in response to a query from Kendall about the wider technology. “Photonics is the key to a lot of this technology.”

“Photonics contributes more to the GDP of the UK than pharmaceuticals,” he continued. “Very few people knew that before we started to do the numbers. It’s one of the strongest parts of our manufacturing sector.”

Knight went on to explain that, as a result of that strength, each of the four quantum application “hubs” selected for the first phase of the NQTP each had a major photonics component, and that photonics companies had a “strong appetite” to become involved in the development effort.

He and Delpy noted that the UK enjoyed great strength at the component level - one obvious example from the photonics sector being M-Squared Lasers – but lacked the presence of a major systems integrator in the form of a Siemens or a Bosch.

Fascinating @CommonsSTC session on quantum technology. Sir Peter Knight from @imperialcollege says encryption currently used to secure internet data will be dead in a decade. We can solve this but need long term commitment from govt to back research & industry links.

Budget commitment surged
The two also stressed the need for the UK government to commit soon to funding an industry-driven second stage in which genuine applications of quantum technology emerge, or else risk losing the expertise that the first five years of backing have done much to develop.

Knight, who has regularly referred to the NQTP as a ten-year vision with a five-year funding commitment, told the committee: “There is a ‘warmth’ about the area when we talk to the various component parts of the funding ecosystem. We need to translate that warmth into a rock-solid, written commitment in the Budget this year!”

Negotiations over the £338 million proposal for phase two of the NQTP are said to be at a “delicate” stage, with Knight having produced a strategic vision document for the quantum sector in response to a request from Sir Mark Walport, the inaugural head of the new UK Research and Innovation (UKRI) umbrella organization for the various funding councils.

“We are at the stage where they are looking at the detail,” said Knight, adding that the funding decisions made this autumn would be critical. “It’s absolutely essential that a commitment is made by autumn,” commented Delpy. “If we haven’t got a commitment [by then], large numbers of academic groups who have built on this program will see all that disappear.”

“We will lose everything we’ve built up,” added the former head of the Engineering and Physical Sciences Research Council (EPSRC). We need an early commitment for that continuity [and retention of expertise].”

“Especially when the rest of the world is trying to catch up with us,” warned Knight, who indicated that the balance of the proposed £338 million backing in the second phase would be more focused towards industry engagement.

Quantum ‘adventure’
Knight also outlined how the initial phase one funding for NQTP had had an energizing effect on young researchers in quantum sector, telling the MPs: “Some of the brightest young people look at this and see that they can make a fundamental advance in their science…and that it will have an impact on everyday life.

“In terms of PhD recruitment, we are being overwhelmed by people who want to be involved in this adventure.”

One part of that adventure amounts to addressing what Knight has dubbed the “crypto-apocalypse” – a term invented to describe the anticipated failure of current internet encryption methods based on classical physics in the face of future quantum computers.

That doomsday scenario, anticipated to arrive around a decade from now, is seen as driving the need for quantum-encrypted communications, for example quantum key distribution (QKD).

Among the commercial partners involved in QKD developments under one of the UK’s four dedicated “hubs” are communications giants BT and Toshiba, who are currently collaborating on a QKD-encrypted optical fiber link between Cambridge and BT’s Martlesham Heath research center.

Executive governance
Assuming that the phase-two funding is forthcoming from government, the NQTP advisory board will begin seeking bids for the money from consortia to run a series of innovation centers focused on specific areas within the quantum sector.

Two of the defense-inspired applications to emerge as early technology demonstrators from the NQTP work include a quantum navigator for orientation in a non-GPS environment, and a gravity imager.

“The Defence Science and Technology Laboratory (DSTL) has done a stunning job at funding real demonstrators,” said Delpy. “They were very quick off the mark.”

Wrapping up the committee session, Delpy said that as well as the phase-two funding and creation of new quantum innovation centers, he would like to see an executive board established to oversee the NQTP developments – although he said that the governance structure should continue to straddle industrial, academic, and governmental stakeholders, rather than being “embedded” in a government or research council department.

Knight added that maintaining strong connections with European research funding, particularly through typically five-year European Research Council (ERC) grants, would be critical for underpinning quantum-related research in the UK – and urged continued participation for the UK in the forthcoming Horizon Europe funding scheme.

“It’s really important for the young researchers who have created this field,” he told the MPs.