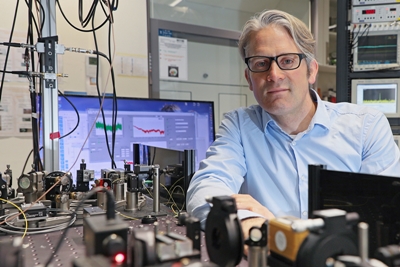 Optics giant Zeiss has announced the 2018 winners of its prestigious Research Award - with both recipients of the biennial honor and €40,000 cash prize hailing from Switzerland.

Tobias Kippenberg and Jean-Pierre Wolf, professors at the Laboratory of Photonics and Quantum Measurements at the École Polytechnique Fédérale de Lausanne (EPFL) and the Biophotonics Institute at the University of Geneva respectively, will receive their prizes during the Zeiss Symposium entitled “Optics in the Quantum World”, to be held in Oberkochen on April 18.

Kippenberg is regarded as a pioneer in the field of cavity optomechanics and microresonator-based optical frequency combs. “His research has demonstrated that, by using microresonators – which can confine light in an extremely small space and guide it – the faint forces exerted by light rays can be used to measure and cool mechanical movements in the quantum regime,” Zeiss said.

Lightning seeds
Wolf’s area of expertise is in ultra-short, ultra-intense laser pulses, used in atmospheric research and potentially able to control the weather, to some extent. 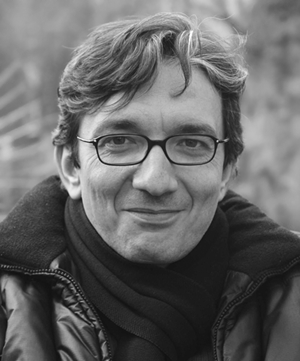 “His research makes it possible to find out more about pollutants in the Earth’s atmosphere and potentially control lightning and condensation in clouds,” Zeiss says. “This could even make it possible to prevent extreme weather.”

Thus far, Wolf’s work has been focused on applications of ultrafast spectroscopy for biological, medical and environmental research.

Their selection will see the three winners - Irene Costantini from the European Laboratory for Nonlinear Spectroscopy in Florence, Italy; Kilian Heeg from the Max Planck Institute for Nuclear Physics in Heidelberg, Germany; and Fabian Stutzki from the Fraunhofer Institute for Applied Optics and Precision Engineering in Jena, also Germany – collect their prizes at Zeiss’ April symposium.

Presented every two years, the main Zeiss Research Award dates back to 1990. Apart from Stefan Hell, previous winners who have gone on to win Nobel prizes include the late Ahmed Zewail, as well as Eric Cornell and Shuji Nakamura.