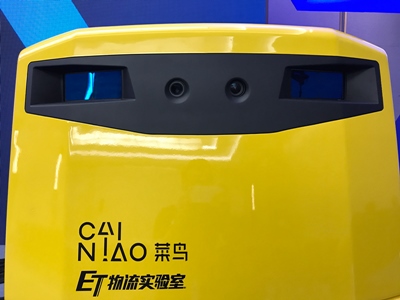 RoboSense, a 2014 spin-out from the Harbin Institute of Technology working on lidar technology for future autonomous vehicles, says it has raised more than $45 million in a venture funding round.

Headquartered in Shenzhen and with a research center in Beijing, RoboSense launched its solid-state MEMS lidar design at the Consumer Electronics Show (CES) event in Las Vegas earlier this year. It has also developed in-house artificial intelligence (AI) software to interpret the lidar signals.

The latest funding has been provided by some of China’s key players - namely Cainiao Smart Logistics Network, the logistics arm of the giant Alibaba Group, as well as the Shanghai Automotive Industry Corporation (SAIC), and the electric vehicle company Beijing Automotive Industry Holding Co. (BAIC).

“The funding will be used to increase RoboSense's market share and the R&D of autonomous vehicle technologies, including its solid-state lidar, AI sensing algorithms, and other advanced technologies, as well as accelerating product development, long-term manufacturing and market penetration,” announced the firm.

Replicating human ‘gaze’
According to a product data sheet, the “M1” lidar unit unveiled at CES 2018 offers a range of 200 meters, coupled with a refresh rate of 20 frames per second.

Last month the company said that it had also developed a high-performance lidar system intended to replicate the “gaze” function of the human eye – but at a massively reduced cost compared with rival 64-line lidar units.

“The algorithms achieve object level information for region of interest (ROI) detection area in real-time,” claims RoboSense. “When the system perceives a target in its field of view, it initiates a ‘gaze’ process that instantly locks the target for ROI processing, achieving the clearest, most stable environmental data.”

Commenting at the time, company co-founder Mark Qiu said: “Lidar needs a self-revolution. The market needs an automotive-grade product that can be mass produced in the tens and hundreds of thousands. You have to guarantee low cost and provide high performance to ensure the safety of your vehicle.

“This has driven us to create a whole new sensor system technology based on the perfect extraction of environmental information and large-scale perception of the environment, with the constant capture of areas of interest, focusing on effective information.”

The firm quotes figures from a long-range forecast by analyst firm IHS Markit suggesting that global annual sales of self-driving cars will rise from around 600,000 in 2025 to some 21 million in 2035.

Back in January, IHS Markit noted: "Mobility services have taken hold in many Chinese cities already, and driverless variants are expected to maintain popularity with consumers. Additionally, the automotive and technology industries are aggressively closing the gap in key sectors including autonomous driving and artificial intelligence. Regulations on autonomous vehicle testing and deployment are expected soon."

“The rapid development of autonomous driving has ignited a huge demand for lidar,” added Qiu, saying that aside from providing deep financial resource, the new $45 million funding round would lead to large-scale commercialization of autonomous vehicles and the related industry now emerging.

“Cainiao and the world’s leading automotive OEMs, SAIC and BAIC, will jointly promote the rapid development of autonomous vehicles with RoboSense,” announced RoboSense. “The strategic partners will not only financially invest in RoboSense, but will also collaborate to lead the autonomous driving industry into production and commercialization.”

While the funding round is believed to be the largest to date for a Chinese lidar technology developer, RoboSense is up against a large number of similarly well-funded Western lidar firms supported by major car manufacturers.

Recent examples include Luminar Technologies' involvement with both Toyota and Volvo, cooperation between Innoviz and BMW, and General Motors' acquisition of Strobe, among many more.