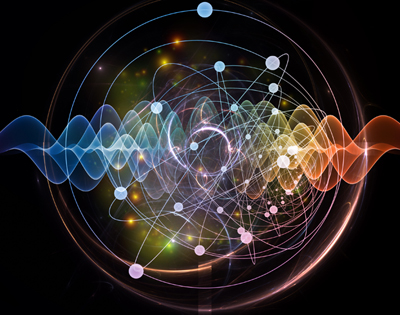 TEQ will use lasers to test a core principle of quantum mechanics.

Scientists from three UK universities and five others from across Europe are to test one of the fundamental laws of physics as part of a major Europe-wide project awarded €4.4 million in funding.

The experts from Queen’s, Belfast, Southampton and UCL (London) have formed a consortium with the universities of Aarhus, Delft, Trieste and INFN (Italy), OAW (Austria) and the UK company M Squared, to test the limits of one of the core principles of quantum mechanics.

The Trieste-led consortium titled Testing the Large-Scale Limit of Quantum Mechanics (or “TEQ”) has devised an ambitious experiment to test the so-called quantum superposition principle (QSP) – the law that allows microscopic systems to appear in two different, perfectly distinguishable, configurations at the same time.

The validity of QSP at the microscopic level is accepted by scientists, and confirmed by an enormous amount of data. Unproven theories advanced since the 1980s suggest the existence of a universal background noise that destroys QSP of larger objects, such as particles that can be seen using an optical microscope.

The experiment will involve a tiny particle of glass, being levitated by an electric field in a vacuum at a temperature close to absolute zero. A laser will be shot at the particle, and the scattering of the laser’s light measured for signs of movement of the particle. If there is no movement, it means that quantum mechanics still apply at this scale and there is no universal background noise.

However, if movement is detected, it indicates the existence of a noise that prevents QSP applying at this scale. This would represent the first observed failure of quantum theory, setting a limit on the scale at which quantum mechanics apply and having implications for large-scale applications of any physical system based on quantum principles.

Professor Mauro Paternostro from the School of Mathematics and Physics at Queen’s University Belfast, said, “Our research program could prove that we do not have to deal with extremely small systems in order to see quantum effects, which is currently the main limitation of quantum technology.

“If you can prove that quantum theory extends to larger systems, it will offer a much more robust way of processing information: all the chips and integrated systems in computers could be shrunk to a much smaller scale and we would be able to manage quantum for daily applications. This would mean larger data-processing rates, larger memories and larger transmission rates of data across these larger networks.”

Professor Hendrik Ulbricht, of the University of Southampton, said, “The vast majority of phenomena and events that occur in our daily lives can be accounted for by the laws of physics established by Isaac Newton, but the microscopic world obeys the rules of quantum mechanics, which are so strange that they can seem counter-intuitive.

“Whether it’s possible to observe quantum behavior in macroscopic objects is the great unanswered question in quantum physics. If it turns out we can, this could eventually open the way for us to use the amazing characteristics of quantum mechanics in a much larger set of physical systems beyond the microscopic world. We’re about to embark on a very exciting journey.”

If the experiment proves that quantum mechanics can be applied to larger-scale systems, it could make creating quantum technologies for use in space easier, with satellites being used to transmit quantum information rather than relying on fibers on the ground or under the sea. Other potential applications include the development of ultra-sensitive measuring devices that could outperform existing sensors to measure the effects of gravity.