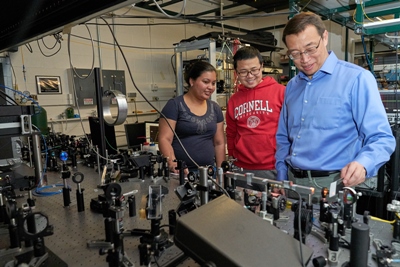 The US National Science Foundation (NSF) is funding 17 “next-generation networks” in the area of neuroscience under the latest phase of the Brain Research through Advancing Neurotechnologies (BRAIN) Initiative – several of which are based around photonics technology.

Known as “NeuroNex” awards, the scheme has selected eleven “hubs” for neurotechnology development, each of which is set to receive up to $2 million per year, for up to five years. Two of the hubs are focused on theoretical and computational work, with the other nine working to develop existing techniques to map and measure brain function.

NSF is also awarding six teams smaller “NeuroNex Innovation” funding to develop what are described as “potentially revolutionary, early-stage tools that can be integrated with other NeuroNex projects”.

Among the principal investigators leading the hub developments are Karl Deisseroth at Stanford, Cornell’s Chris Xu, and Christopher Moore at Brown. Of the six innovation projects, one involves the development of chemical and genetic methods to measure and manipulate neurons with light, and is led by Evan Miller at the University of California, Berkeley.

Multi-disciplinary efforts
Deisseroth is one of the best-known names in the optogenetics scene, and his Stanford team will collaborate with researchers at California’s Salk Institute on an estimated two-year effort to better understand how the individual components that make up the nervous system operate during behavior, and even how they cause behaviour.

The project abstract states: “The team will merge principles from genetics, physics, optics, engineering, and biology, to build and disseminate methodology, instrumentation, and analytics that enable targeting and control of individual kinds of brain cells, and the technology developed will be taught via hands-on training available to the scientific community.”

Xu’s team at Cornell is aiming to push optical imaging so that it is able to monitor neuron function with high spatial and temporal resolution.

“The newly developed optical imaging technologies will be employed in behaving animal models across multiple species in different phyla, including mammals, teleost fish, flies, and birds, and will be demonstrated by attacking important neuroscience questions in fruit fly, zebrafish, and mice,” states their project abstract.

The work includes setting up the new Laboratory for Innovative Neurotechnology at Cornell (LINC), which is intended to “close the loop” between technological development and biological implementation. 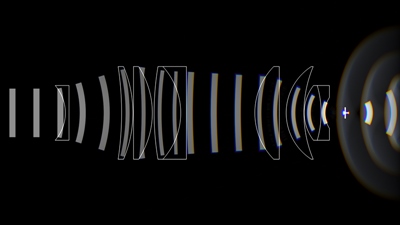 Multiphoton approach
Another of the projects will look to exploit the neuroimaging potential of multiphoton optics. Spencer Smith and colleagues from the University of North Carolina at Chapel Hill intend to push multiphoton neuroimaging “into the next frontier”.

That will include working on two specific technologies: miniaturized photonic systems for multiphoton neuroimaging; and super-resolution imaging to image sub-micron structures.

Among the expected outputs are new instrumentation for large-field-of-view two-photon and three-photon imaging, scalable temporal multiplexing, and integrated behavior. “The focus will be on calcium and glutamate imaging, in cell bodies and processes, and other fluorescent indicators can be employed,” states the Chapel Hill team. “The workshops will cover optical design, fabrication, assembly, and use, for an audience of neuroscientists and engineers.”

One key element of the project is to develop high-peak-power ultrafast lasers with transform-limited pulses, and another will involve advancing super-resolution multiphoton imaging using spatial frequency modulation, adaptive optics, and novel pulse conditioning.

The three-year, multi-disciplinary innovation project at Berkeley will aim to measure neuronal activity in a non-invasive, high-throughput, high-fidelity manner across multiple length scales, at high speed, and in multiple species with molecular precision.

• For the complete list of the latest BRAIN-funded projects, see the NSF announcement here.