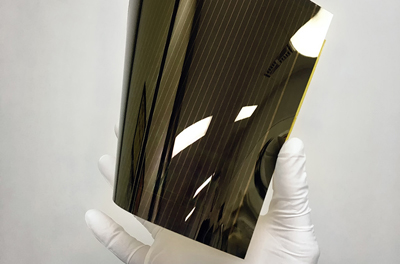 Solar power research group Solliance has achieved what it is calling a “world record cell-level conversion efficiency” of 13.5% and module-level aperture area conversion efficiency of 12.2% for its perovskite-based photovoltaics – based on industrially-applicable, roll-to-roll production processes.

Solliance is a partnership of R&D organizations from the Netherlands, Belgium and Germany working in thin film photovoltaic solar energy.

The group and partners say they are driving the market introduction of promising perovskite solar conversion technology by developing scalable, industrial processes for fabricating large-area modules. Their latest announcement states, “Our goal is to enable seamless integration in a broad variety of new energy harvesting building blocks for infrastructure, building and vehicle construction and assembly.”

Following the consortium’s previous cell world record announced in March 2017, this latest breakthrough is a further step towards the rapid introduction of this type of efficient solar cell technology. Now, by further optimizing these processes on its dual R2R coating line, Solliance says it has improved performance at both the cell and module level.

After selecting two foil zones of each about 10 meters in length with a visibly good perovskite quality, but with different R2R processing settings, 20 individual 0.1 cm2 solar cells were developed in each zone. In one zone the maximum stabilized efficiency reached 13.5% (measured under maximum power point tracking conditions over 5 minutes) and in the second zone a maximum of 12.5% was achieved. The average stabilized cell efficiency in the best performing zone was about 1% higher than the previously reported run in March 2017. 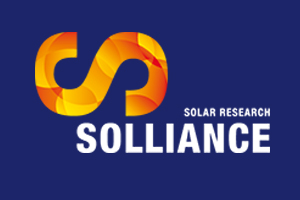 All processing steps used low-cost materials and scalable processes at temperatures below 120°C. This highlights the potential for cost-effective, high-volume production of perovskite solar cells.

“These results show that the developed R2R process is reproducible over different runs in time, which is important for future reliable manufacturability“, said Pim Groen, Professor of SMART materials at the Technical University of Delft and Program Manager at Holst Centre/Solliance.

Richard Caldwell, Managing Director of Greatcell Solar added, “The metals project at Solliance is hitting its targets. The successful translation of this PSC technology from the laboratory to the factory will open up massive commercial opportunities. A particularly pleasing feature of the current progress is the possibility to solar enable commercial and industrial roofing using low-cost R2R processes, thus opening up a whole new space to capture the Sun’s energy, all day, every day.

Perovskites have delivered what Solliance calls “incredible efficiencies” in lab-scale photovoltaic cells. The challenge for the developers now is to upscale perovskite cells to larger modules with high efficiency and long lifetime at low cost.

Ronn Andriessen, Program Director at Solliance, commented, “We are confident of quickly boosting efficiencies above 15% for modules up to 30x30 cm. And our research shows that optimizing materials and processes is steadily improving the stability of perovskite devices under real life operational conditions.”